Is there a way to spot deepfakes?

Technology has always raised the universal good/evil dilemma. While some of them opine that it is a necessary evil, others are of the opinion that some of the advancements are advancing technology to the evil side. One major factor that has raised concern recently is deepfakes. Though intriguing and quite fascinating on the surface, they have far-reaching implications. 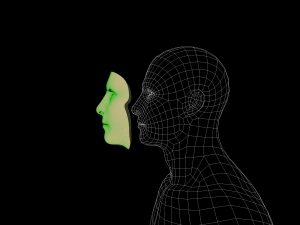 Deepfakes are a technology, centered on artificial intelligence which enables the morphing of a person’s face onto another. It can also be used for the manipulation of voice recordings. With the increasing use of deepfakes, the number of doctored videos and sound recordings that masterfully emulate the original has been on the rise. Deepfakes first stepped onto the technological realm in November 2017. It used Generative Adversarial Networks (GANs), a novel deep learning technique.

However, with the increasing popularity, the related threats have also been 0n the rise, the most important one being the ‘blurred reality’ and concerns about privacy, security, and authenticity. A rather mischievous technology that was earlier limited to pornographic content creation has now been extended to political and corporate realms. The targets being figures of importance is astounding as well as in need of a way to identify these fakes. Even pornographic content created using this technology goes against the principles of consent and privacy.

The targets being political figures and other people of importance intensifies the threat as these can be wrongly used to spread propaganda and to manipulate the masses through wrong information.

All these underscore the need for a proper pathway to identify deepfakes because it is always better to be aware of the enemy in the dark and be on our guard.

How To Identify Deepfakes?

What is most important when it comes to spotting deepfakes is no different from what a soldier does on the enemy line; vigilance. The key to identifying deepfakes is to widen our understanding about the same by watching a good number of deepfakes. This way we get a sharp eye that can recognize and differentiate between them. This will be of substantial help in differentiating between footage that is doctored and the one that is actual. There are certain other characteristics that can point a radar towards the identification. These are features like face discolorations, bad lighting, sound and video that are quite out of sync, or blurriness. Paying sharp attention to the tone and voice will help in the identification because deepfakes usually have an out-of-tone voice that is far from the actual human voice. Although deepfakes are capable of brilliant impressions, they are still impressions.

Learning to spot these characteristics will help in identification thereby equipping us to be vigilant and not be mislead by technology. This holds all the more weight since we are living in an age and time when dependence on technology is increasing day by day.