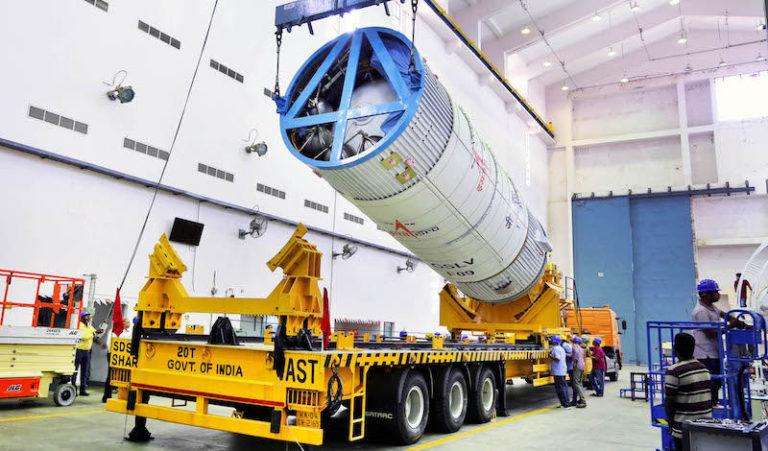 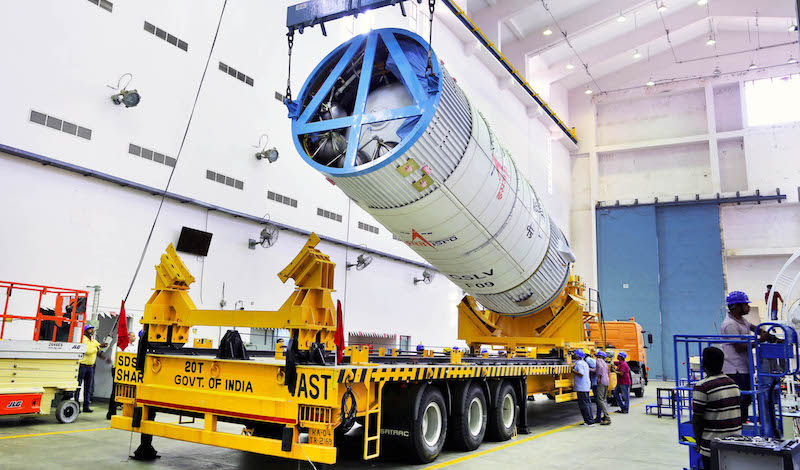 The benefits of India’s GSAT-9, or the South Asia Satellite, include mapping natural resources, telemedicine, IT connectivity and people-to-people links. All member nations including — India, Sri Lanka, Bhutan, Afghanistan, Bangladesh, Nepal and Maldives are on board with this project. India took care of the total expenditure which is estimated Rs. 450 crore.

I congratulate the team of scientists who worked hard for the successful launch of South Asia Satellite. We are very proud of them. @isro

The historic occasion has been made better with a surprise- we have leaders of South Asian nations joining us in celebrating this launch.

We are a united family of South Asian countries, united in our pursuit of peace, progress & prosperity of our region & the entire humankind.

“And in this, you will find a strong and committed partner in India that truly believes in the strength of this choice and principle,” PM of India, Narendra Modi told leaders of Nepal, Bangladesh, Bhutan, Sri Lanka, Maldives and Afghanistan which are a part of the project.

“We are a united family of South Asian countries, united in our pursuit of peace, progress & prosperity of our region and the entire humankind,” Modi said.

Ghani described the launch as “South Asia’s giant step towards regional cooperation” and said it makes the region’s integration a reality.

Hasina, while congratulating Modi and ISRO for the launch, said it will “change the face of South Asia”.

With the launch, the cooperation among the South Asian nations has expanded from land, water, air to space, she said.

Tobgay described it as a “historic moment for the world” and said the “gift from India reflects true cooperation”.

Thanking India and Modi for the “very priceless gift”, the Bhutanese leader said the free use of the data from the satellite will greatly benefit his landlocked country which does not have the capacity on its own to launch satellites.

Yameen said the “very special gift” symbolizes vision and commitment of Modi towards the region.

Noting that the satellite will serve to improve the lives of people of entire South Asia, the Maldivian President said, “I call upon all South Asian friends to seize this opportunity”, perhaps a message to Pakistan which has refused to join the project.

Dahal, popularly known as ‘Prachanda’, thanked Modi and India for “the thoughtfulness” of sharing the data of the satellite with other countries of the region.

“This is a testimony of South Asia becoming self-reliant in space technology. Nepal looks forward to the best use of the data,” the Nepalese leader said. He said he looked forward to India’s help in developing the human resources of Nepal in usage of the satellite’s data.

Srisena described the occasion as “historic” and said the development signifies inclusiveness and friendly cooperation.

This communications satellite will benefit seven out of the eight SAARC (South Asian Association for Regional Cooperation) member nations because Pakistan opted out from the program. It mentioned that the country has its own space program to deflect the support from India. But, the primary reason they declined to become a part of this program was their suspicion over the satellite being used an instrument to create Indian hegemony as per the report by TechPortal. (Image- ISRO, Source- DNA)