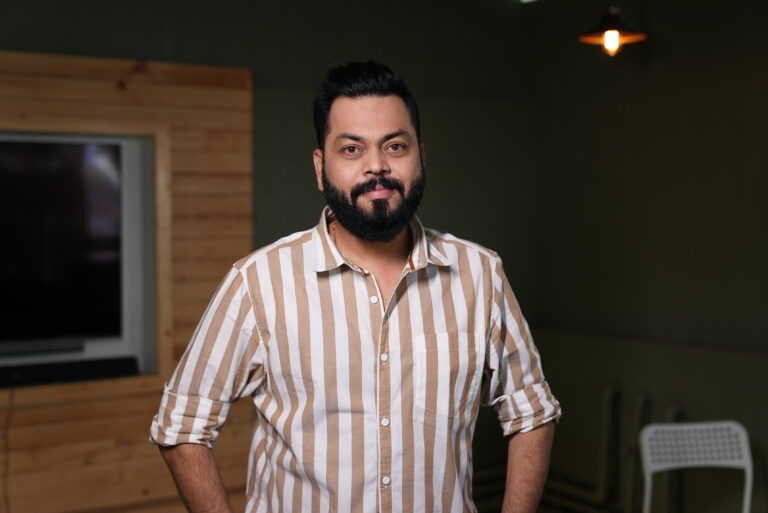 It is not the strongest or the most intelligent who will survive but those who can best manage change By Arun Prabhudesai, Founder Armoks Media Pvt. Ltd.

What the world witnessed in the past eighteen months or more is a one of its kind catastrophe.  Nothing and nobody fathomed the change this disruption was about to bring. Traditionally being a more people-driven country; where celebrating successes or meeting people in person was a natural norm and the sound of festivals was echoed by the chattering of people being together; all this saw a whirlwind of change. We moved from the real world to the virtual world. Technology had taken precedence over everything else.

Today, almost close to two years now, our definition of normal seems to have changed forever and we continue to rally in the virtual world. Trailblazers who had envisioned this evolution several years earlier only went from strength to strength. One such trailblazer who is known for his deep knowledge and covet understanding of technology is Arun Prabhudesai. A Civil Engineer by profession and an IT consultant, Arun is a prodigy of the new millennium who very early on realized the potential of technology and the internet. Arun explored untouched opportunities in the tech world and positively anticipated the future. He moved from the United States of America to India in early 2000 and from then on built a digital empire that paved the way for several others to take inspiration and follow suit. Today, Arun is among India’s most successful Tech Youtubers and an enterprising entrepreneur, with an inspiring success story like no other.

He is the brainchild behind the successful YouTube channel Trakin Tech. Over the years, Arun has emerged as one of the most sought-after Tech influencers in India. His penchant for everything tech and an eye for the hottest trends in the sector has enabled him to connect with his audiences effervescently. His knowledge is not limited only to one aspect of technology. He is well versed with every industry and shares valuable insights on lifestyle, personal gadgets, auto tech amongst others. He caters to an audience from every walk of life and runs his YouTube Channel in the Marathi language as well.

Arun intrinsically understands the pulse of his audience and curates’ content to suit their taste. His conversation with his audience through his videos often simplifies technical jargons and offers unbiased reviews of tech-based products. Being user friendly, the content always remains insightful and interesting. Never does he stroll away from adding value. Arun’s thrust lies in educating people about their technology needs and help them make an informed decision. In today’s world where every individual claims his supremacy over the subject matter and titles himself an influencer, Arun is focused towards educating people and make things simpler.

The popularity of his various channels and the much-appreciated Blog (Trak.in) is a testimony of Arun’s credibility. Having a total subscriber number of more than 10million across his channels, Arun is a thought leader of the tech space and a name to reckon with. Every brand in the country is keen to engage with him for his insightful commentary and connect with audience. Arun Prabhudesai has surely strengthened his place as a valued evangelist, connoisseur, and influencer. He is an inspiration for millions and has definitely carved a new space for youngsters to follow. And in his own words, “Agale video tak, keep trakin!”