Sweetgreen is going to be public, filed paper with SEC Should You Buy Sweetgreen (SG) IPO Stock?

Sweetgreen has announced that it has going to be public and filed a registration statement with the Securities and Exchange Commission relating to the Initial public offering.

Sweetgreen is seen as a healthier alternative to fast food. A planned debut had been rumored for years, but it comes as the coronavirus pandemic fueled an increase in its digital sales.

There is nothing disclosed such as no. of shares that will be offered for sale or on which date IPO will be open, nothing has been revealed yet. The company filed confidentially for this IPO.

However, through this IPO, Sweetgreen plans to raise around $100 million. It was filed in June 2021.

Sweetgreen stock will list a trade under the symbol “SG” on the NYSE. The pricing for the share for its IPO has not been disclosed yet.

Goldman Sachs, J.P. Morgan, Allen and Company, and Morgan Stanley are joint book-runners for this IPO. 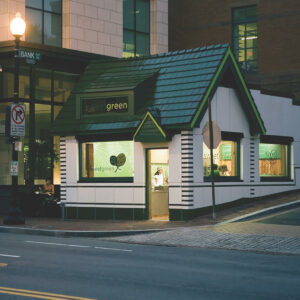 Sweetgreen is a fast-casual food chain and restaurants chain service and best known for its salads. It was founded in August 2007. They offer a “plant-forward” menu featuring salads and bowls that change depending on the season and the restaurant’s location. Sweetgreen invested in its mobile app and redesigned its restaurant chain to make picking up online orders as easy as possible.

Sweetgreen claims to be one of the fastest-growing restaurant chains in the U.S. in terms of revenue. The company operates 140 restaurants in 13 states. Sweetgreen plans to double its footprint over the next few years.

Sweetgreen stated in its filing that their revenue is caused by the pandemic and now they are working hard to regain their growth rapidly.

The salad chain is on board for an aggressive unit growth strategy, adding about 21 locations in the past year. Sweetgreen mentioned in its filing that they are planning to double its current number of stores over the next three to five years.

“We plan to diversify our store formats by adding drive-thru and pick-up only locations to densify our markets, and to bring Sweetgreen into a wide variety of neighborhoods,” the brand said.

In their S-1 filing, the company said they served more than 1.3 million customers in the 90 days before its filing and raked in revenues of over $300 million.

Although Sweetgreen is not a profitable business, it is unclear when it will be profitable. As companies spend their cash by building new restaurants and making acquisition Spyce, which makes service robots, this ends up making Sweetgreen’s salads.

Companies revenue is soared by 50 percent from last third quarter which was $161 million to $243 million in this respective quarter. The total revenue is fell by 20 percent on a year-on-year basis from 2020-2021.