Jack Dorsey, a Bitcoin bull, has hired a crypto and privacy expert to help him build a decentralised social media platform

Bluesky boasts on its website that they’re “focused on re-building the social web by connecting fragmented silos and giving consumers control of the social experience.” 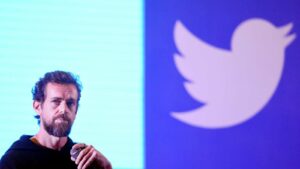 Graber’s employment, according to Dorsey, is “another step toward decentralizing Twitter and social media.”On Twitter, the CEO remarked, “Now we can move far faster, and through code.” In the regular session on Monday, Twitter shares fell 1.6 percent to $63.78.

Because a post removed from one social networking website may be viewable on another with a different set of moderation rules, content moderation would be impacted. Dorsey, who is also the CEO of Square Inc, is a proponent of Bitcoin (CRYPTO: BTC) and has spoken out in favor of decentralization.

On the basic principles, security, and centralization of rival Ethereum (CRYPTO: ETH) and other coins, the entrepreneur recently slammed them.

Despite this, Dorsey has defended Twitter’s censorship and moderation measures in Congress in the past. In October of last year, in response to criticism over political material and its filtering, Dorsey said, “People have a choice of alternative communication platforms.”

They have policies in place to ensure that more voices can be heard on the platform claimed Dorsey.

If you find this article informative then do share it with your friends and family and don’t forget to share your thoughts in the comment box down below.