Japanese subsidiary of Animoca Brands went on to receive a heft sum of $45 million at a $500 million pre money valuation. Animoca Brands Corporation LTD and MUFG Bank, both were the key contributors to the fund, who divided the funding equally.

As the company received a heft amount of fund, questions where being raised in the market, as to how the funds of the company will be channelized, as the nft market in the country is already increasing. Let’s see how the company intends to channelize the funds

Channelization of the funds raised

The company plans on allocating the funds to successfully acquire licenses for well known intellectual properties, to improve the internal operations of the company and to bring awareness of Web3 to its partners and encourage them to adopt the same. The primary objective of the fund will be to enhance the NFT space in Japan

Axie Infinity, Dapper Labs, and the NFT marketplace Opensea are just a few of the several assets in Animoca Brands’ portfolio, according to Cryptoslate. So, it would be fair to make the observation that the company has a solid constituted portfolio from a diverse range of companies from NFT sector. 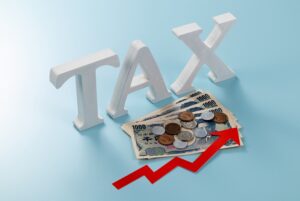 The nation generally has high tax rates levied on the citizens. It was known that; Businesses in Japan are subjected to 30% tax and the personal income earned by a citizen can be taxed up to 55%. It is needless to say that the digital assets acquire will also be highly taxed. Though the tax rates are explicitly high in the country, one peculiar observation was made, which showed that, the NFT enterprises are increasing in the country, even when the tax rates are high. One of the main reasons for this is abundance of anime, manga and video game Ips

What do you think about the funds that the Japanese branch of Animoca Brands? Do you think the funds are accurately allocated? Share your thoughts in the comment section below. Also incase you like the article, then please share it with your friends and family