Arrests made in Afghanistan in regards to cryptocurrency trading 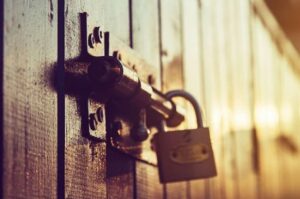 The third-largest city in Afghanistan and a hub for trading in digital tokens, Herat, closed down more than twenty cryptocurrency-related businesses in addition to detaining thirteen people, most of whom were later released on bond, according to Saadaat. Saadaat is the head of Criminal Investigations at the police headquarters in Herat.

Transfer of money by crypto

As the country’s vision doesn’t go with the global vision and as there have been instances of rifts between Taliban and other agencies at global level, many sanctions were levied on the country. One of them barred them from global financial systems which meant that the outflow and inflow of money was banned from a global perspective. The only way the people could transfer their funds was using crypto. But now as the only mode, cryptocurrency was also banned, many people started resisting the ban, eventually landing up in jail.

The primary reason for the ban

We all know, what kind of disruption was caused by the cryptocurrency market crash in May. Many crypto driven countries such as US, UK and South Korea went on to change their policies of regulation to help better the situation of the market. But there were a group of countries, which went ahead to ban the use of cryptocurrency entirely. One among them was Afghanistan. China also made headlines for banning cryptocurrency from the nation.

What do you think about the ban on cryptocurrencies in Afghanistan? Share your thoughts in the comment section below. Also if you found the content to be informative, then please share it with your friends and family.