Japan-based messaging app Line has launched its NFT marketplace with around 40,000 tokens up for grabs.

Called Line NFT, available tokens on the platform include comedy works and character videos. It will also feature commemorative NFTs on Olympic gold medalist Kohei Uchimura as well as works from manga artist Yashiro Azuki for a limited time.

In Japan, there is currently no law that regulates NFTs. Crypto assets, including Bitcoin (BTC), are considered electronically recorded property values, transferrable through electronic processing platforms, and usable as a means of payment. By contrast, NFTs do not serve a similar economic function and cannot be considered crypto assets. Until there are clear guidelines on the classification of NFTs, there remains a risk of unpredictable regulatory action.

The launch of LINE NFT may raise the eyebrows of a few lawmakers, especially when considering the demographics of LINE users in Japan.

NFTs also fall into a grey area in the U.S, vis-à-vis regulatory oversight. As a result of the regulatory uncertainty, platforms may fall foul of regulators.

This week, virtual casino Sands Vegas Casino Club received a cease-desist order for selling NFTs to fund operations. According to the state laws of Alabama and Texas, the NFTs constituted an illegal securities offering.

As per an announcement on the company’s website, the non-fungible token marketplace is now up with around 40,000 digital collectibles to grab for users.

LINE is a free messaging app available on a variety of platforms where users can text, voice call, or video call. It’s the most popular such software used in Japan with a userbase amounting to around 90 million. 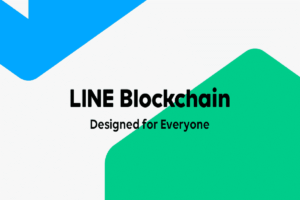 Through the new “LINE NFT” marketplace, users in Japan can now buy and sell non-fungible tokens, as well as easily send or exchange these digital assets with their contacts on the messaging app.

“Users can store purchased NFTs in their LINE BITMAX Wallet, a digital asset management wallet that they can easily register via their LINE account,” noted the corporation.

The current offerings on the marketplace include around 40,000 digital collectibles, consisting of some exclusive pieces like Yoshimoto NFT theatre.

This exclusive token includes comedy videos performed by Yoshimoto Kogyo’s top comedians. There are also other exclusive offerings available like art pieces, videos, and even manga.

“Based on LINE NFT’s strengths of having a diverse lineup and enabling users to start using the service conveniently via the LINE app, LVC will continue to provide a myriad of experiences to users in collaboration with other group companies,” said the company.