Jason Paul has been exposed as a cryptocurrency scammer

Jason Paul has been exposed as a cryptocurrency scammer who scammed $2.2 million 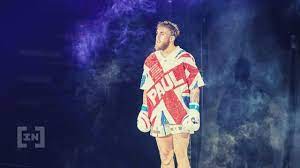 Jake Paul is already under investigation as a result of the SafeMoon class action complaint. According to the lawsuit, the well-known social media troll “made fraudulent or deceptive statements to investors in SafeMoon,” along with other celebrities like Backstreet Boy Nick Carter and rappers Soulja Boy and Lil Yachty.

Coffeezilla begins by explaining how tough it is to investigate a character like Jake Paul. “On one side, everything on the blockchain is trackable and publicly visible, which is a wonderful thing,” Coffeezilla remarked in a YouTube video posted on March 7th. “On the other side, creating anonymous crypto identities whenever you want to do something nefarious is incredibly simple.”

This means that smart influencers may do awful things without leaving a trace, whereas foolish influencers leave hints all over the place, as Coffeezilla points out. So, where does Jake Paul lie on the continuum of smart to dumb?

League of Sacred Devils, an NFT project tied to the fraud ring behind Faceless and countless other rug pull projects, is the first crypto project Coffeezilla links to Paul. Paul won 39.9 ETH for his contribution to the promotion of Sacred Devils.

Paul’s NFT project, STICKDIX, brought in almost $1.5 million for the influencer. When Paul stepped away from the project, he failed to execute the project’s roadmap, and investors lost money.

Paul received his tokens in each case by creating a new wallet, but he then transferred the tokens back to the original wallet to cash out. Coffeezilla was able to prove that a payment to a wallet associated with Jake Paul corresponded to an undeclared promotional post by Jake Paul in each case. Payments could also be tied to a Rarible profile called ‘PRBLM CHILD’ with @jakepaul as the username.

Coffeezilla was able to connect the star to $2.2 million in cryptocurrency marketing and initiatives. The examination reveals a pattern of behavior in which the media personality was content to profit off other people’s misfortune.

Also read: Waves: Everything you need to know