Jim Cramer contradicts himself by stating “Crypto has no value”

Jim Cramer inconsistent with his stance about crypto.

The former hedge fund manager Jim Cramer recently remarked that, the crypto market is imploding big time and there is no real value for crypto. As the prices of the crypto currency is dropping as each day passes by, Cramer’s interest in cryptocurrency is reducing. He also claims that, he is not a big fan of the emerging asset class after all.

The former hedge fund manager commented on the months-long downward trend affecting international markets on CNBC’s Squawk Box on Tuesday, saying that the state of the cryptocurrency market was what most intrigued him. Crypto appears to be collapsing in real life. Why should it stop at $1 trillion when it goes from $3 trillion to $1 trillion? There’s no real value there,” he observed in reference to the precipitous drop in the market capitalization of all cryptocurrencies over the previous eight months, before adding his thoughts on the expanding number of businesses experiencing difficulties as a result of the current market crash. He said, “How many businesses can Sam Bankman-Fried save? 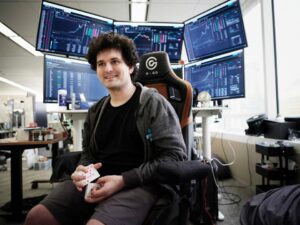 The CEO of FTX has taken the ownership of saving the market from the crypto market implosion. He is basically on a spree in giving credit facilities and investing in companies which look viable to him, and see realistic future under FTX’s umbrella. Last week, FTX went on to make a deal with Block Fi to acquire the firm for up to $240 million, as the crypto lending company was facing insolvency issues.

Alameda Research, the trading firm headed by Sam Bankman-Fried, also pledged to bail out crypto broker Voyager. Voyager is in a turmoil because of the catastrophic fall of Terra’s USD and 3AC’s inability to pay back the loans.

In April, Cramer went on to declare that Ethereum was “Terrific” and that he was a firm believer of cryptocurrencies. He also went on to remark that, the investors investing in the crypto market will be able to gain at least 30 to 30% in return. But as the market is imploding like it is in the current situation, Cramer made serious contradictory statements saying there is no real value in cryptocurrency.

The hedge fund manager’s statements look to be more volatile than the market itself, if we observe him critically. Though, the manager is not firm in his statements, the current market situation is truly pitiful and sorrowful.