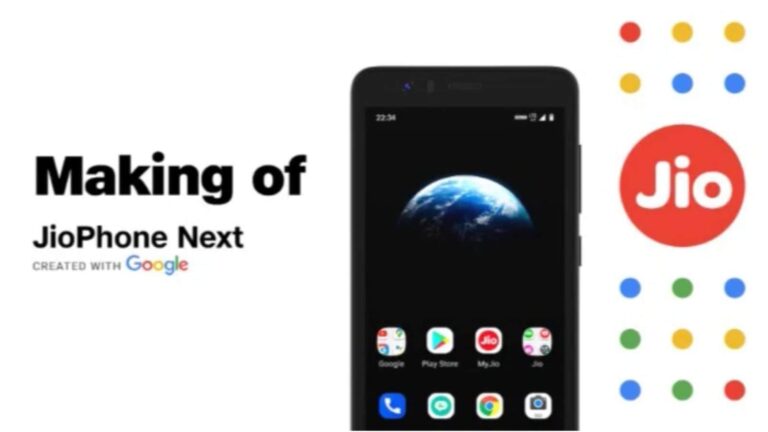 According to sources, JioPhone Next, the third version of Jio Phone, would be released around Diwali. The smartphone was supposed to be released on Ganesh Chaturthi in September, but it was pushed back owing to a global chip shortage.

The JioPhone Next is expected to be priced under Rs 5,000. According to media sources, it will cost Rs 3,499 in India.

JioPhone Next, like the previous two models, would be aimed at low-income Indian users. The first Jio Phone was a feature phone with a 4G internet connection, while the JioPhone 2 only had one improvement: a physical QWERTY keyboard.

Unlike its predecessors, though, the current generation is classified as a smartphone.

JioPhone Next, according to a video posted by Jio on the smartphone’s development, would ensure that every Indian has equitable access to digital technologies.

“Jio’s services go across geographies, economic classes, and social classes, with 430 million users.” Jio’s JioPhone Next promises to “decentralise digital connectivity in India,” according to the company.

The JioPhone Next was created in collaboration with Google by Reliance Jio.

The smartphone will be powered by Android and run on Pragati OS, which was created particularly for JioPhone Next in India. The system was designed by the brightest minds at Jio and Google with the goal of bringing pragati (progress) to everyone while providing a smooth experience at a reasonable price, according to the business.

The phone’s Qualcomm CPU, according to Jio, focuses on delivering optimised connectivity and location technologies, as well as improvements in device performance, audio, and battery life.

According to reports, the dual SIM smartphone would have up to 3GB of RAM and 32GB of internal storage. It will be powered by a Snapdragon 215 processor with four Cortex-A53 cores and an Adreno 306 GPU integrated.

The Jio Phone Next will have an HD+ display with a 320 DPI (dots per inch) screen density. The screen will most likely be 5.5 inches in size, with an aspect ratio of 18:9. A 2500mAh battery, an 8-megapixel front camera, and a 13-megapixel rear camera with AR filters will also be included in the smartphone.

Voice assistant, automatic read-aloud of screen text language translation, and India-specific Snapchat lenses might all be included in the smartphone. JioPhone Next will also receive most significant Android OS and security updates, according to Reliance.

The smartphone is compatible with all Android apps that can be downloaded from the Google Play Store. It also comes with a number of Jio and Google apps preinstalled.