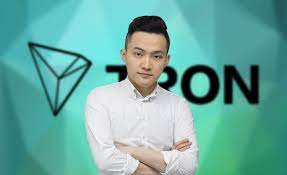 Justin Sun has been accused of a slew of illegal acts related to cryptocurrency. He is one of the most divisive figures in the cryptocurrency community. He is a proponent of BitTorrent and the founder of TRON.

The cryptocurrency market was flooded with many naïve investors at the time, a considerable number of rug pull cases were reported in 2017. As a result, the Chinese government claims that ICOs were used to perpetrate financial fraud, pyramid schemes, and other illegal and criminal activities, and has decided to prohibit them. Justin Sun, on the other hand, had recently completed the TRX token ICO and won $70 million before fleeing to Korea to dodge the ban.

“People were swindled so frequently the United States Securities and Exchange Commission could barely file criminal charges fast enough. The Chinese government’s ICO ban was why, a week later, Sun was waiting for a flight to Incheon International Airport. Sources who heard him tell this story say Justin believed he was a fugitive and was ready to take off at a moment’s notice,” stated The Verge.

“Sun pushed TRX to finish its token sale the day before the ban was announced. Sun had been tipped off by Changpeng “CZ” Zhao, the founder and CEO of Binance, one of the world’s busiest cryptocurrency exchanges.”

Justin Sun is also accused of deceptively operating the Poloniex cryptocurrency exchange and influencing the price of the TRX coin. Poloniex’s KYC system was designed to be flexible. It was incredibly simple for users to get accepted because no “rubber-stamped government IDs of any type” were required.

“Polo used to be shitcoin casino numero uno. It would list everything. People would constantly do pump-and-dumps on it,” his former employee added.

The Chinese-born tech entrepreneur responded on Twitter: “It is a complete falsehood on the part of the Verge and the reporter and blatant defamation about the Poloniex operation. Polo enjoys robust risk management and strong financial resources that have provided top of class services to our customers throughout its history.”

Initial response to the false accusations and fabricated storytelling of the verge article.

Poloniex agreed to a $10 million settlement with the Securities and Exchange Commission (SEC) in August 2021 in response to charges that it listed securities prior to Justin Sun’s purchase of Poloniex; the company did not accept or refute the findings.

Also read: Justin Sun has been accused of a slew of illegal acts related to cryptocurrency