Kazakhstan has forced the closure of 106 more illegal cryptocurrency mines. According to the administration, some former politicians and Kazakhstan’s wealthiest firms were revealed to be engaged. 67,000 pieces of equipment worth around 100 billion tenges (approximately $193 million) were also seized, according to the government’s declaration.

Kazakhstan has forced the closure of 106 more illegal cryptocurrency mines 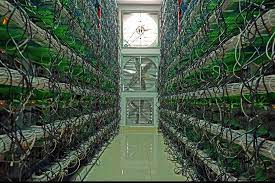 Kazakhstan’s financial monitoring agency has ordered another 106 miners to cease operations as part of its crackdown on illegal crypto mines following investigations.

The country accounts for 20% of the bitcoin mining capacity, according to CoinDesk Research Analyst George Kaloudis. The crew behind “The Hash” investigates what makes these crypto miners illegal, as well as the influential backers that support Kazakhstan’s mining industry.

During the inspections, it was discovered that certain well-known politicians and business leaders were participating in crypto mining. The statement listed Bolat Nazarbayev, the brother of former President Nursultan Nazarbayev, Alexander Klebanov, the chairman of Central Asian Electric Power Corp., which, according to its website, delivers electricity to almost 2 million people, and Kairat Itegmenov, Kazakhstan’s 17th richest man.

In late February, the government announced that it had identified 202 megawatts of unlawful crypto mining. Since autumn 2021, the Central Asian country has been experiencing acute electricity shortages, partly due to an inflow of crypto miners from China, but also due to infrastructure breakdowns. In order to deal with the energy issue, the administration has decided to tighten down on unlicensed miners.

The Financial Monitoring Agency has filed 25 criminal accusations and seized over 67 thousand items worth over 100 billion tenges ($193 million). China, on the other hand, spent 2.8 billion tenges (about $5.4 million) on a thousand sets of mining equipment.

When Beijing sent away all of its bitcoin miners in May 2021, Kazakhstan seemed like an easy choice. Aside from being right next door, the country is a significant energy producer.

Mining is the time- and energy-intensive process of creating new currency while also keeping track of all transactions. Kazakhstan has coal mines, which provide a cheap and plentiful supply of electricity, which is a significant lure for miners in a low-margin industry where energy is often their sole variable cost.

According to statistics, Kazakhstan accounts for roughly 18% of the worldwide Bitcoin network’s hash rate. Meanwhile, the country is advocating for more stringent control of digital asset mining and circulation, arguing that it might be used to fund terrorism and other unlawful activities.

Also read: Afghans are turning to use of cryptocurrencies