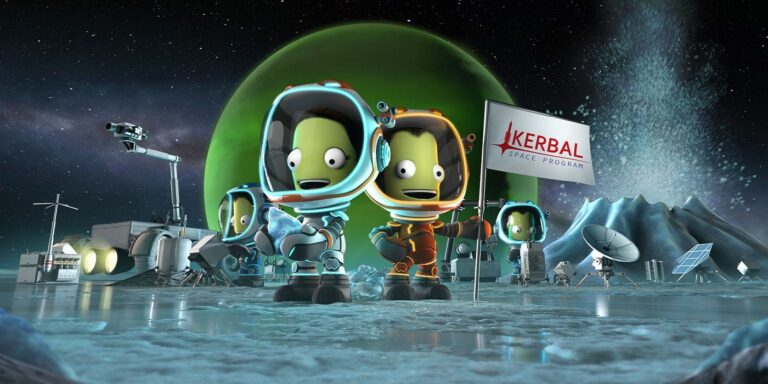 Kerbal Space Program Development Is Over

The developers released on their own website the first public version of the game. On August 3, the team announced the latest update to KSP on Steam. The KSP 1.12.2 update consists of a small number of corrections, but they mark the end of the 1.12 update, which in turn marks the end of the sustainable development of KSP. In the last ten years, the game has been updated dozens of times. Patch 1.22.2 is not a complete version change but includes 90 bug fixes, quality improvement, a few new parts, a complete overhaul of the LVT-45 swivel and LV-T30 Reliant liquid fuel engines, and a brand new anchor.

Released on 24 June 2011, the Sandbox game let players build spacecraft and float enthusiastic green creatures called the Kerbal Space Program into more failures than successes. What distinguished the game was that it was based on scientific fact, not science fiction, using physics simulations as realistic as anything its developers could accomplish with the power of a home computer. Freedom was not taken for entertainment, but because of the limitations of reality. Most of the comments were positive, celebrating the long life of the original game and sharing enthusiasm for the upcoming sequel. In the last ten years, It has been ported to more platforms than ever before, including Steam and various consoles.

After 10 years, the development of the original game has been completed by the studio behind the Kerbal Space Program. The original game was developed by Squad and came to the PC in 2011 as an early beta, with an official version 1.0 released in April 2015, which sold more than 5 million copies. The squad was sponsored by developer Intercept Games and the studio will continue to work on Kerbal Space Program 2, with a scheduled launch in 2022, the latest release window for the game after repeated delays.

One of the more prominent features discussed by Creative Director Nate Simpson is an interstellar exploration that has been expanded due to the presence of colony vehicles in orbit. Squad released a free update in 2020, “Shared Horizon,” which allows players to build an Ariane 5 launcher and play two scenarios based on real missions from the European Space Agency: the BepiColombo mission to Mercury, conducted in partnership with the Japan Aerospace Exploration Agency, and the Rosetta mission to land on 67P / Churyumov-Gerasimenko comet. The sequel is expected to be an improvement over the first game, as stated by an interview with the creative director of KSP 2 Nate Simpson. But fans will have to wait till 2022 to get their hands on the sequel.

I personally could never get a handle on how to dock a ship in orbit. Squad aimed to make the game more accessible in KSP 2 by introducing more tutorials to give players more guidance and make sure they understood the different game systems. On Reddit, a prominent moderator of the KSP community R4M0n has been in contact with Squad and has listed several issues with the team including poor pay, long-running hours, a hasty release to accommodate the whims of marketing departments, and poor communication between the team and its community moderators.

The squad is an international team of talented, passionate, and ambitious people who love video games and space science and has reinvented themselves for full-time video game development. The shift in focus will give more stability to the development of the team known as Squad, the original developers of KSP for the sequel. The team has managed to keep KSP entertaining for both new and old players, which is a testament to their skills, creativity, and game design.