Kishu Inu: Everything you need to know 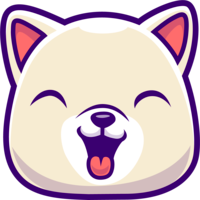 As times change, so do we. Over the years, there has been a lot of industries that were introduced but, one such industry that managed to catch the eye of several potential Investors from all across the globe includes the cryptocurrency industry. Crypto has been around us for quite some time now and over the years, it has witnessed a surge in growth and popularity, while being able to receive tremendous support from all around the planet.

Looking at its growth, I assume that a lot of you here today are already aware about the operations of the industry but if for some reason you are still not clear with the basics of the crypto world, let me help you with that. To begin with, Crypto is nothing but a decentralized blockchain-based platform that can be used for a variety of purposes including the purchase and sale of goods and services as well as for the purpose of trade and exchange over crypto exchanges available online.

In simpler words, crypto uses blockchain technology in order to perform its operations, which also helps it to record and classify all the transactions that occur on the network as well. Being decentralized, crypto is one such industry that can easily work outside the overall control and jurisdiction of central authorities, while functioning freely without any unnecessary government interference.

As mentioned, crypto has been around for quite some time now and has really managed to make a name for itself but, was this the case when the industry was first introduced? No. When it all began, there were not many people interested to invest In the industry and frankly, not many currencies were available back then either. On the contrary, it feels unrealistic to see such a huge audience the industry is catering to right now with newer currencies coming up with each passing day and numerous investors joining in every hour.

Some of the major contributing factors to the industry’s success include its portability, convenience it offers, its intuitive nature, high-profit margins as well as its volatility. Being volatile, the crypto marketplace tends to fluctuate the prices of its currencies almost immediately, thus making it very difficult to predict, even for experts in the field. As a result, you should keep in mind that, if crypto is providing you with an opportunity to earn huge profits, if not done right, you could also end up having significant losses as well.

Speaking of a lot of currencies available today in the marketplace, some of the most popular cryptocurrencies you can choose from right now include Binance Coin, Bitcoin, Ethereum, Cardano as well as Dogecoin to name just a few of course.

Now that you have a brief backstory about the crypto world, you will be able to have a much better understanding of what we have with us today, Kishu Inu. To know more, I suggest you read further!

Everything to know about Kishu Inu (KISHU) 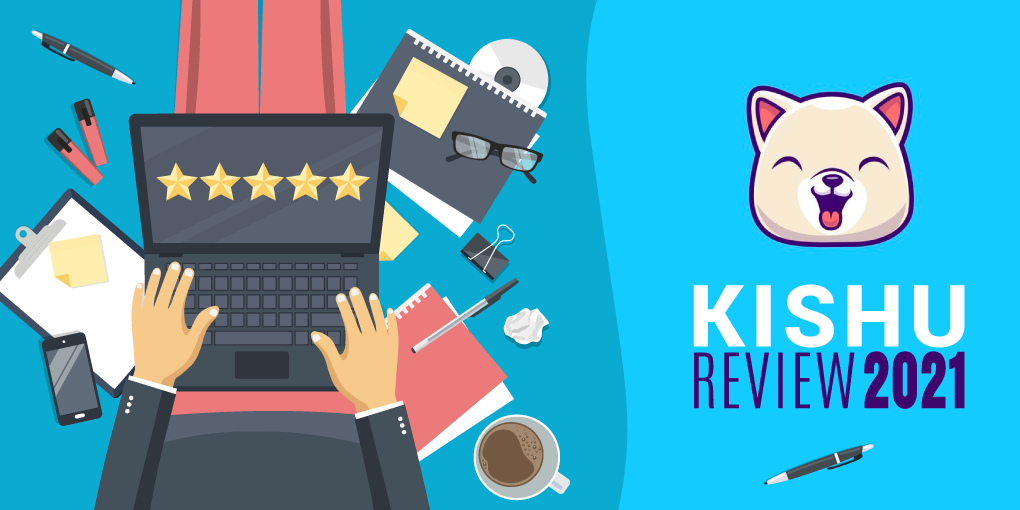 As mentioned, Dogecoin’s rapid success inspired a lot of meme coins in the marketplace. Initially, some used Shiba Inu as their mascot, just like in the case of Baby Doge and Wife Doge, which surprisingly performed really well in the marketplace and similar to that, today with us we have the latest addition to the meme-based cryptocurrencies, Kishu Inu. However, unlike others, Kishu Inu does not only aim at being a funny presence in the industry but instead, has managed to make some modifications in its own tokenomy in order to focus on a fairly global audience and actually get people to trade in KISHU.

For some of you wondering, what is KISHU? KISHU is nothing but the native utility token of the platform, which indeed can be used for a variety of purposes on the platform itself. Before moving on any further, it is probably worth noting that, Kishu Inu was launched not very long ago but in April this year, focusing on being a decentralized meme project that has a true purpose.

On a similar note, Kishu’s aim is to bring popular cryptocurrency concepts into the mainstream and unlike a lot of older and comparable projects, KISHU is known to introduce its token holders to next-generation concepts including non-fungible tokens (NFTs), participation rewards as well as a decentralized exchange, to name a few. 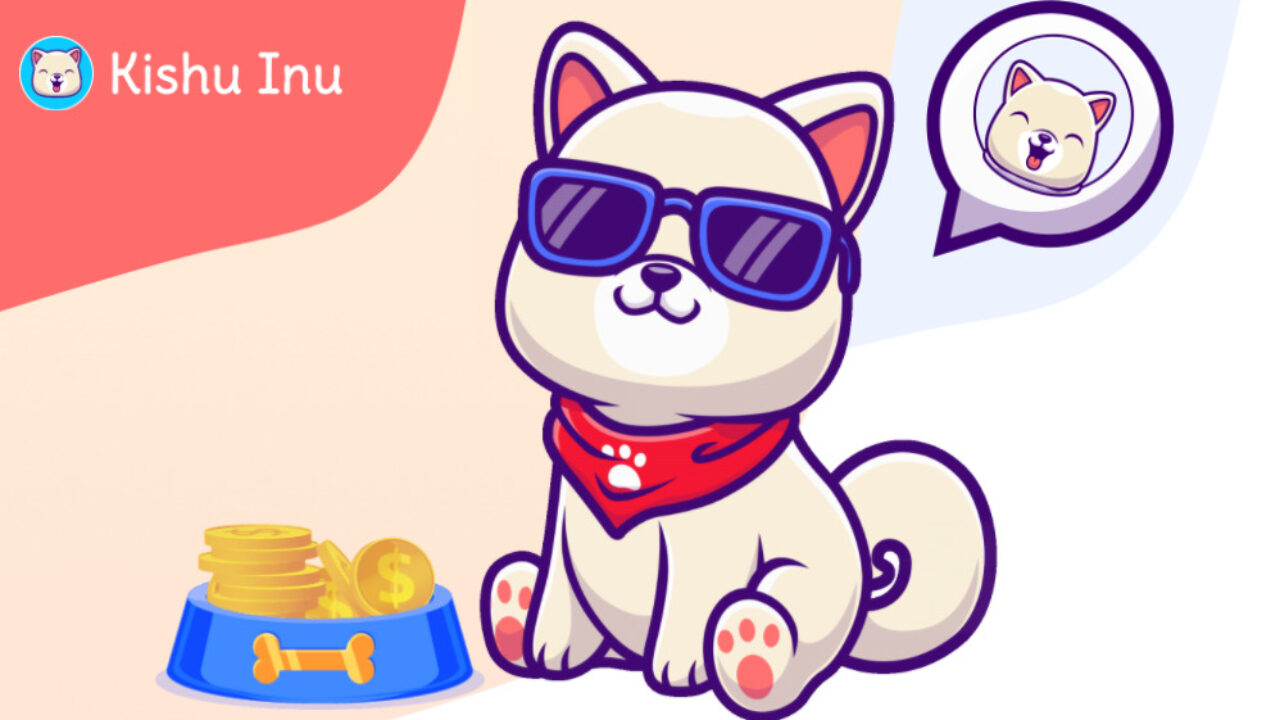 Not to mention, in just the first month of its release, KISHU broke all prior records in the crypto world by surpassing a market cap of over two billion dollars and over 100,000 holders. This indeed is seen as an unprecedented milestone for the platform of its kind and has definitely proved the world’s belief in the said project.

In addition to this, Kishu Inu is a community-focused transaction network that is completely decentralized. Being decentralized, all the decisions made on the platform are made by the community itself. Also, for every transaction happening of KISHU, there is a transaction tax of about two percent and among them, another two percent of the transaction is distributed amongst existing holders along with instant rewards.

It is worth mentioning that, some of the advantages of Kishu Inu include low cost, as KISHU Coin is capable of being transferred across the border with the help of a simple inter-wallet transfer and a lowered transaction fee is charged as and when compared to traditional banking services of course. Other than this, Kishu Inu is said to provide risk-free passive earnings to its users and as a result, holders can make a profit without even having to trade.

Also, KISHU coin holders can lend to those who are in need of debt on the network itself and can earn interest on repayment of the same. Lastly, transaction speed plays a major role as Kishu Inu allows its users to do all of their clearing, trading, and transfer transactions within just a matter of a few minutes. 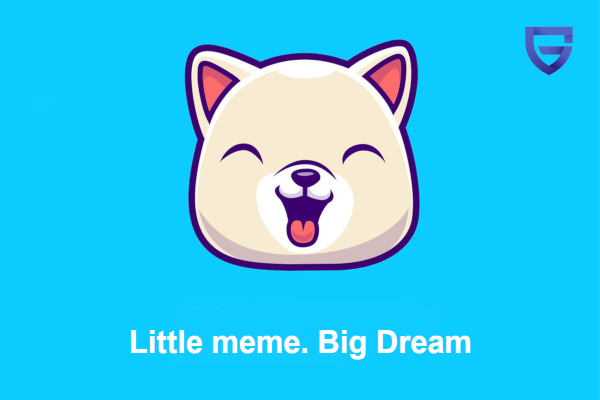 As noted in a report by InvestorPlace.com, the new cryptocurrency can be seen plotting on being the dog coin having the most longevity down the line, and as a matter of fact, it appears to be making quite a strong case for itself with the investors. Having said that, Kishu Inu also lets its investors convert their cash/fiat money or any other form of the token into KISHU, which you can do after setting up a MetaMask wallet online.

Moreover, all the cryptocurrency conversions usually take place through Kishu Swap, which is its very own official decentralized exchange. It helps facilitate the smooth transfer of currency from one token to another. As mentioned previously, Kishu Inu is fully community-owned, which means that the developers of the platform did not actually reserve any tokens for themselves, unlike others in the marketplace, and primarily rely on donations and volunteers.

Not just that, KISHU’s deflationary mechanism is also known to include a brunt and redistribution system, which refers to one percent of each transaction being burned and one percent being distributed as rewards to its holders. Also, the Kishu Inu smart contract is known to be fully audited by leading specialized teams and its liquidity pool token have already been burnt, meaning that there will be next to zero risk for users and the community from potential bad actors.

Lastly, Kishu Swap that we mentioned previously is the official decentralized exchange (DEX) for the platform, which is said to give holders the ability to swap any ERC-20 token independently amongst each other for another one. It is said to be powered by Uniswap, which is the most trusted and safest DEX in the world.

Now that we have talked much about Kishu Inu, some of you must be wondering, whether or not it is a good idea to invest in the platform? if that’s the case, then let’s find out, shall we? 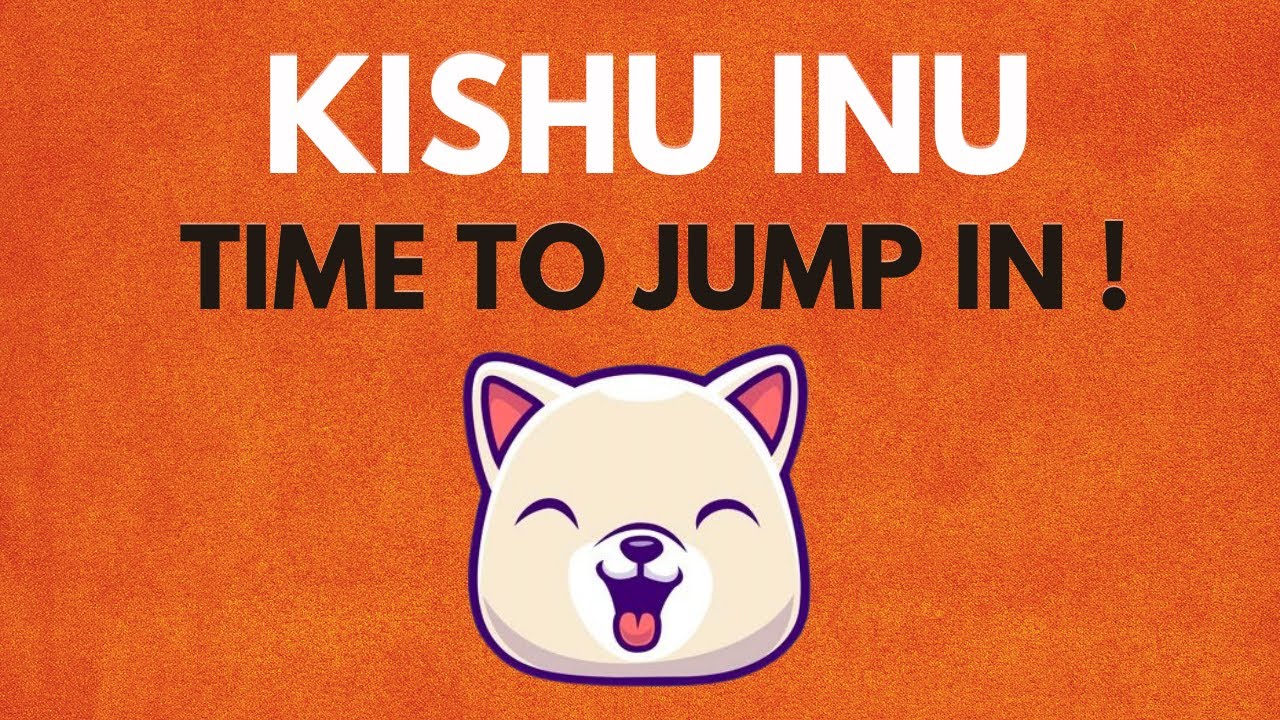 As of today, the price of Kishu Inu is about 0.000000008015 US dollars with a twenty-four-hour trading volume of 85,507,837 dollars. Not just that, in just the past twenty-four hours, the value of the Kishu Inu has gone down by 8.87 percent, and with the current market cap and circulating supply of the platform not available, KISHU is currently placed at #2719 position as per the CoinMarketCap rankings.

Reading so far, you must have gotten a fair understanding of the platform and by now, you should be able to figure out on your own whether or not investing in Kishu Inu is the right thing for you to do. Seeing what it has to offer when combined with its performance in the recent past as well as its plans for the near future, I certainly believe that Kishu Inu can prove to be a profitable investment in the near future, which is likely to provide you with good returns and it is a possibility that your current investment may increase in value. But again, nothing can be said for sure! 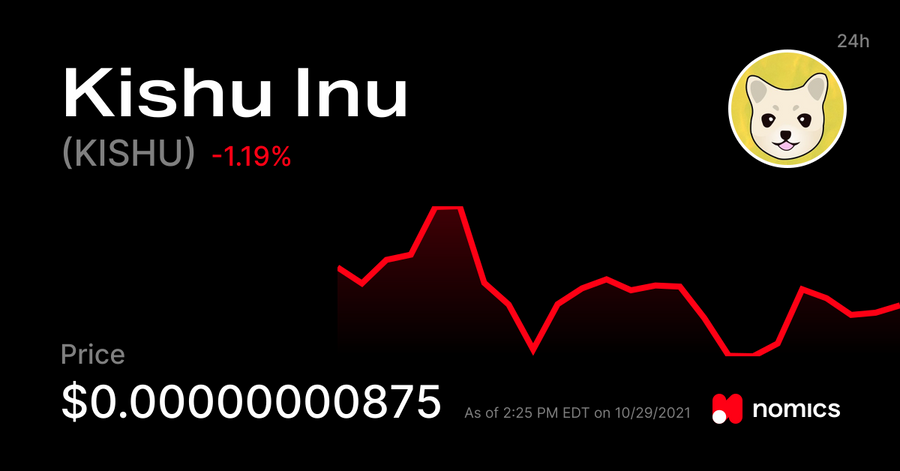 As mentioned at the very beginning, crypto is a highly volatile marketplace and is extremely uncertain. Thus, It is very important for you to understand the fact that, just like any other currency in the crypto marketplace, Kishu Inu does have its own risks as well and you should invest only if you are willing to take those risks and bear any and all losses if at all necessary.

If you are wondering, where can you buy Kishu Inu? Let me help you with that. Currently, Kishu Inu is available on all major crypto exchanges but some of the popular exchanges that have KISHU listed on them include OKEx, Gate.io, BKEX, ZT as well as CoinTiger to name a few.

In conclusion, What are your thoughts on Kishu Inu? Do let us know in the comments below. To know more about various cryptocurrencies, do check out other articles we have on our website. Thank you for your time & if you found our content informative, do share it with your investor friends!

Also read: Kryll: Everything you need to know