Know Everything About Wrapped Bitcoin

Cryptocurrency and the digitization of buying and selling cryptos have had an impact on how the investment works over time. People may now trade and invest without any hassles because of technological advancements. Cryptocurrency is decentralized money that is collected as binary data and is designed to act as a means of exchange for people who are new to investing, especially in digital money. Have you ever considered investing in digital money without the authority of a bank or government? Well, that is what bitcoin is. There is an ongoing trend of buying and selling digital currency among the millennials and youngsters as it relies on peer-to-peer software and is embedded by a technique called cryptography. Several people believe in trading in crypto is mainly because there is no central control of institutions. 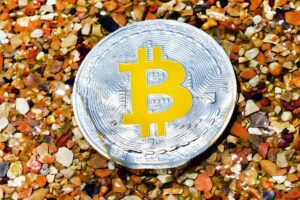 What is bitcoin and how does it work?

If you are among those curious people who are curious about how this digital currency works, read along to know its mechanism.

All the bitcoin transactions and copies are recorded by public ledger and are held on servers around the world. Anyone who is well equipped with the knowledge of cryptography and owns a computer can easily set up one of the servers, known as a node. All the necessary information about the investors reaches these nodes directly rather than relying on the bank, which is considered*as the central source of trust. As these transactions take place over the internet, there is a specific need for a system that can prevent any sort of mishappenings such as change, hack, or cheating while doing transactions. This system is called blockchain, a system of recording information. It records information in such a digitalized way that it prevents and secures transactions. It is essentially a ledger that works via the internet, it duplicates and distributes across the entire network of computer systems on the blockchain. One such blockchain is called Ethereum, home of digital money.

What is Wrapped Bitcoin?

Now that you are familiar with what

bitcoin is, let’s learn about the bridge connecting bitcoin and Ethereum. Wrapped bitcoin contributes to the solution of this problem by providing much-needed liquidity to DeFi protocols. Wrapped Bitcoin is a relatively new concept that essentially converts BTC to Ethereum. Decentralized finance is one of the most common applications for WBTC.

The BitGo Trust maintains Bitcoin in a reserve after it has been wrapped. To be transparent, the amount of wrapped bitcoin in circulation has been made public, as well as confirmation that Bitcoin, the underlying asset, is being securely maintained in custody (something that other stablecoins have difficulty with).

WBTC can be saved (and unloaded) via wallets such as CoinList’s.

Wrapped cryptocurrencies, in a nutshell, allow crypto assets to be used on non-native blockchains. This means that bitcoin may be used to engage with Ethereum’s ecosystem of decentralized apps (dApps) and smart contracts, or as collateral for a loan on MakerDAO, which would have been difficult or impossible if the Ethereum and Bitcoin networks had fundamental structural differences. By tokenizing bitcoin as an ERC-20 token, the Ethereum ecosystem can benefit more fully from its liquidity. 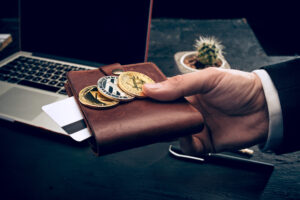 In a word, they enable digital asset owners to test out many blockchains.

A significant component of the DeFi ecosystem is built on the Ethereum network rather than the Bitcoin blockchain (including DApps). This can be extremely inconvenient for BTC owners, as it implies they will be unable to participate unless they sell existing crypto assets or buy new ones.

Since the WBTC.network launched in January 2019, many DeFi protocols, including MakerDAO, Dharma, Compound, and the Kyber Network, have started allowing borrowers to use WBTC as collateral. On the Ethereum platform, crypto loans are often paid out using the DAI stablecoin, which may then be locked up in a smart contract.

The Wrapped Bitcoin project is managed by the WBTC DAO. To refresh your memory, DAO stands for Decentralized Autonomous Organization.

Why aren’t we able to utilize Ethereum directly?
There are no restrictions on using ETH as a form of collateral for DeFi services. Bitcoin’s market capitalization, however, is much bigger when measured in US dollars. Expanding the types of collateral that DeFi apps can accept is crucial, especially when the overall value of these protocols hits new highs. With increased trade volumes, it’s more critical than ever to ensure that transactions are executed efficiently and without significant pricing differences.

The number of bitcoins wrapped into tokens is also rising. According to DeFi Pulse, the total value locked in WBTC rose by 943 percent from mid-May to mid-August 2020.

What is the best way to purchase wrapped bitcoin?

Wrapped Bitcoin is supported by a number of official businesses, including CoinList. You may need to know where your identity will be verified through KYC procedures in specific cases. A DEX (decentralized exchange), which is shorthand for a decentralized exchange, is another option.
The process of minting WBTC is likewise rather straightforward.
In the cryptocurrency business, there has long been a desire for stronger bridges between major blockchains such as Bitcoin and Ethereum. As we’ve seen, WBTC tokens can help with this.
What’s the better option?

This question arises in the minds of every second individual who is interested in bitcoins. Which is better: Bitcoin or Bitcoin Wrapped?
There are a number of tokenized bitcoin representations available. Wrapped Bitcoin (wBTC or WBTC) was created in 2019 thanks to a collaboration between Bitgo, Kyber, and Ren. You must first get wBTC from a merchant, such as Kyber, DeversiFi, or Airswap, who will do Know-Your-Customer (KYC) and Anti-Money-Laundering (AML) checks to verify your identity. The merchant then initiates a transaction with a custodian, who mints and delivers the merchant wBTC tokens. Then you trade your bitcoin for wBTC with the merchant (DEX) via a centralized exchange (CEX) or a decentralized exchange (DEX). Only merchants have the ability to exchange wBTC for BTC.

Huobi BTC (BTC), a cryptocurrency exchange’s version of wrapped bitcoin, was announced in 2020. Every BTC backs up one BTC. BTC can be obtained by first depositing it in your Huobi Global account and then withdrawing it. You can redeem your BTC by depositing it into your account and withdrawing it. This differs from wBTC, which can only be redeemed by merchants (as previously stated). wBTC and BTC, on the other hand, are both fairly centralized bitcoin wrapping schemes.
RenBTC is a more decentralized alternative to wBTC and hBTC, which was launched in 2020. Submit bitcoin to Ren’s protocol, which will encrypt it and store it in a smart contract, to obtain renBTC. After then, the protocol verifies the contents of the transaction and produces a minting signature, allowing you to create renBTC, an ERC-20 token that symbolizes bitcoin. Ren also allows you to burn your renBTC in order to get your bitcoin back.
Tokenlon’s imBTC, BoringDAO’s oBTC, pNetwork’s pBTC, and other wrapped bitcoins include Tokenlon’s imBTC, BoringDAO’s oBTC, pNetwork’s pBTC, and others.

The BTC++ token from PieDAO, the acBTC token from ACoconut, and the mBTC token from mStable are all backed by a basket of ERC-20 token representations of bitcoin at a higher level of abstraction. To put it another way, they’re backed by a large number of bitcoins that have been wrapped. acBTC, for example, supports sBTC, wBTC, pBTC, and imBTC. Ether that has been encased in a sleeve (wETH). The Ethereum blockchain’s native currency, ether (ETH), is incompatible with Ethereum’s ERC-20 tokens. Trading ETH for ERC-20 tokens, as a result, necessitates the involvement of a trusted third party, such as a centralized exchange. Wrapped ether is an ERC-20 compliant token intended to overcome this issue by a group of Ethereum projects led by 0x Labs (wETH or WETH). To make wETH, you send ETH to a smart contract. The smart contract then returns a 1:1 ratio of wETH tokens.

You can redeem your locked ETH by transferring wETH back to the smart contract. Only two of the platforms that make this possible are Relay and Airswap.
Other bitcoins that have been wrapped include:
Digital currencies like bitcoin and ether aren’t the first to be wrapped in paper. Ren, for example, supports wrapped versions of a number of well-known cryptocurrencies: renBCHZcash (ZEC): renZECBCH (Bitcoin Cash): renBCHZcash (ZEC): renZECZcash (ZEC): renZECZcash., Filecoin (FIL): renFIL, Dogecoin (DOGE): renDOGE, Digibyte (DGB): renDGB, Terra (LUNA): renLUNA

The improved liquidity and supercharged cross-flow of assets have enhanced the much-needed interconnection between the blockchain community’s many ecosystems, making new forms of composability and collaboration possible. Due to the ease of transactions and security on transactions, people prefer wrapped bitcoins over norma BTC and the results are seemingly positive.

Thank you for reading my article. I hope you found it useful and informative. Please share the article with your friends and family members and help people get the right knowledge about bitcoin and cryptocurrencies.