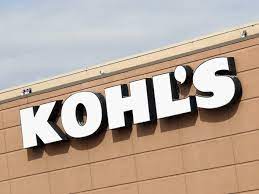 On Saturday, the retailer received an unsolicited $9 billion bid to go private from a consortium backed by an activist investor, according to published sources. The hedge fund, Starboard Value LP, offered to buy the department store chain for $64 a share in cash.

A source said on Sunday Sycamore was willing to pay at least $65 per share, implying a 39% premium to the last closing price. Starboard Value-backed Acacia Research (ACTG.O) last week offered to pay $64 a share.

Kohl’s confirmed on Monday it had received letters expressing takeover interest, adding the board would take action that is in “the best interests of the company and its shareholders.” It did not name the suitors.

What Happened With KSS Stock

Acacia Research plans to sell Kohl’s real estate holdings to help raise capital. However, the retailer may not be on board with that proposition. The offer from Acacia comes out at $64 per share of KSS stock.

Before the takeover offers, Kohl’s had been facing pressure from activist investors to perform better for roughly a year. It seems activists’ unhappiness has now reached a boiling point.

KSS stock has underperformed over the last year. The share price has declined nearly 10% over the past six months to close Friday at $46.84 per share.

Activist investors have been pressuring Kohl’s to make changes to its strategy or put itself up for sale. For one, Macellum Advisors claims that Kohl’s is “materially mismanaging the business.” The hedge fund wants the retailer to sell off its real estate assets and use the proceeds to fund share repurchases.

Kohl’s responded to Macellum’s claims by highlighting the recent performance of its stores and e-commerce sites. Higher sales combined with rising profit margins will help to drive record earnings per share in 2021, the company said.

Still, Kohl’s is facing intensifying pressure from discount retailers and e-commerce rivals, which could put its future success in jeopardy. Many investors, in turn, would likely prefer an acquisition.

The takeover offers represent a sizable premium to where KSS stock has been trading and are a positive development for shareholders who have been waiting for a catalyst to move the share price higher for more than a year now.

Shares were on course for their best day ever, with the news also pushing rivals Macy’s and Nordstrom higher.

A few analysts said Kohl’s, which has a market capitalization of $6.52 billion, could fetch a higher valuation.

Kohl’s is one of the country’s largest off-mall department store operators, with over 1,100 stores in 49 states, and has innovated by partnering with brands like Amazon and Sephora to create mini stores-within-stores. It’s also been a steady target of activist investors.

A  group led by activist hedge fund Starboard Value LP has made a $9 billion bid for Kohl’s Corp. On Friday, Acacia Research Corp. (ACTG) led the company offered $64 per share in cash. Kohl’s price was $46.84 in the previous closing session. The bid is 37% higher. They said it assured the corporation it had made sure from bankers that it could fund the offer.