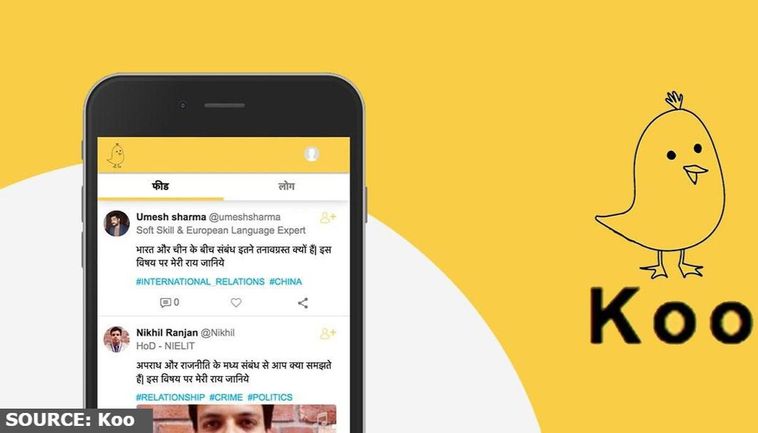 Koo is a Bengaluru-based microblogging mobile application which is known to be an Indian alternative to Twitter. Koo app allows users to connect, engage and interact in 13 regional languages such as Bengali, Telugu, Punjabi, Kannada, Hindi among several others. The application was an instant hit because of its vast language options as untapped user base in India which is not English speaking or want a platform to engage in their local language, has a lot of potential.

Koo app enjoys millions of users in India and recently the app recorded three million downloads within just 24 hours which shows its rapid growth rate. Now, there have been allegations made publicly by a French security researcher that Koo app is not a safe platform as it has been leaking sensitive user information such as email, name, date of birth and phone numbers. Moreover, it is being speculated that Koo has Chinese connections as well.

According to several sources, Robert Baptiste also known as Elliott Anderson is the name of the French cybersecurity researcher who has found that Koo is leaking sensitive user information. As mentioned in a report by India Today, it is said that Baptiste received global highlight after finding multiple vulnerabilities in the Indian Aadhar Card system.

Yesterday, the French researcher Tweeted that as users asked him to do it, so he did and found out about Koo after spending 30 minutes on the app.

According to the screenshots Baptiste shared on his Twitter handle with the username “Elliot Alderson”, it is very clear that Koo might be leaking sensitive user information and millions of Indians are vulnerable on the application.

Another issue with Koo app is that it is endorsed as the “Atmanirbhar” application and being 100% Indian, there are several ministers and government personnel on the platform and user information of the Indian government could be in danger.

Anyhow, Koo mentioned in a statement as opposed to these allegations that as and when users create their profiles and enter profile data such as name, date of birth, email address, all of this information are meant to be shared with others on the microblogging platform. The company added that this data is displayed everywhere across the app. Koo says that these allegations are false and what is being referred by the researcher is simply a public profile page for all users to view on the platform.

Furthermore, there has been a lot of confusion on Twitter regarding the company’s official handle. While some say it is @kooappofficial, Aprameya Radhakrishna, co-founder tweeted the real and only official handle of Koo app and that is @kooindia, according to a report by India Today.