Kraken is granting 1,000 bitcoins to every Ukrainian who opens an account before March 9th

Kraken is granting 1,000 bitcoins to every Ukrainian who opens an account before March 10th. After Russia launched its “special military operation” in the country, this initiative will help people in need. In addition to fees paid by Ukrainian residents in almost a decade, the amount will also cover fees withheld from Russian traders in the first half of 2022. 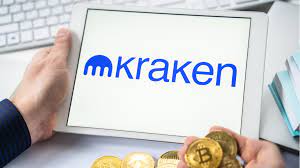 Kraken is granting 1,000 bitcoins to every Ukrainian

Kraken announced recently that it will donate $1,000 worth of bitcoin to Ukrainian users who registered before March 9th. Additionally, Kraken will distribute $1,000 in Kraken Fee Credits for no-cost conversions, enabling citizens to withdraw the cryptocurrency immediately.

All those who created accounts from Ukraine before March 9th, 2022, will be eligible to receive $1,000 in bitcoin that can be withdrawn immediately from the Kraken exchange. It began on 10th March and will run until July 1, 2022. Currency conversion fees up to $1,000 will also be waived at this time.

“We hope to continue being able to provide critical financial services in a time of need to both our clients in Ukraine and in Russia,” said Jesse Powell, CEO of Kraken. “Cryptocurrency remains an important humanitarian tool, especially at a time when many around the world can no longer rely on traditional banks and custodians.”

The cryptocurrency exchange, Kraken also revealed that through this donation the company doesn’t intend to get profits or benefits It is basically a way of showing its disapproval of military conflict and support for Ukraine.

Kraken also stated that it will respond to inquiries from authorities in affected areas of Ukraine. Not just that but the US-based Cryptocurrency exchange said that it is closely monitoring the situation in Ukraine to ensure compliance with appropriate sanctions. The notification also explains how the cryptocurrency donation will be distributed and the eligibility requirements that must be completed.

What’s the controversial part of the part?

One major aspect of this concept that has sparked debate is how these payouts would be distributed. While Kraken has the financial resources to fund this aid initiative totally (the business was recently valued at $20 billion and is expected to go public this year), the aid will be funded in part by Kraken’s Russian clients’ trading volume.

Kraken CEO Jesse Powell was the first major crypto CEO to publicly respond to a request from Ukrainian minister of digital transformation Mykhailo Federov to ban Russian traders, saying in a thread on Twitter on February 27th that while he has great respect for the Ukrainian people, taking this step independently was contrary to the purpose of crypto.

Binance, the largest cryptocurrency exchange by trading volume in the world, is also assisting humanitarian efforts in Ukraine. The platform pledged $10 million to Ukraine’s citizens, while the Binance Charity Foundation donated $2.5 million in cryptocurrency to Unicef to aid children and their families.