The market crash has saw a lot of crypto exchanges fight for liquidation and go bankrupt. According to rumors, KuCoin is also slipping in the current market situation. The reports state that, the native coin of KuCoin crypto exchanged has tanked over the past seven days. The digital asset was down by at least 17.34% in the preceding week and was trading at $8.75.

On Crypto Twitter, however, reports that KuCoin would stop accepting withdrawals because it was likely to fail began to circulate earlier this week. In response, KuCoin CEO Johnny Lyu said the company had no exposure to LUNA, 3AC, or Babel.

Let’s look at the tweet put up by the CEO of KuCoin.

Be aware of FUDs!

Not sure who’s spreading these sheer rumors, and what their intentions are, but #KuCoin does not have any exposure to LUNA, 3AC, Babel, etc.

No “immense suffer” from any “coin collapse”, no plan to halt withdrawal, everything on KuCoin is operating well.

The CEO of the cryptocurrency exchange exclaimed on the twitter that, KuCoin was not going bankrupt, was not withdrawing its essential services, and the operations of the company was pretty much under control. He also went on to add to his comment that, KuCoin also reserves the rights to punish those who falsely spread negative rumors about the company and defame the company.

According to Lyu, KuCoin was not in a position like its other peers such as Terra, 3AC or Babel Finance. He claimed that, his company has not lost tens of billion of dollars in market like Terra, not filed for bankruptcy like Three Arrows and certainly not suspended services like withdrawals and redemptions like Babel Finance. 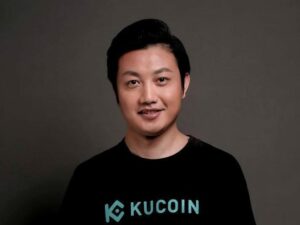 What started as speculations on Crypto Twitter have generally come true amid the cryptocurrency meltdown that intensified in the first week of May, including rumours concerning the solvency of Celsius, Three Arrows Capital, BlockFi, and Celsius. Lyu claims that business is booming at his exchange, saying that KuCoin was “more active in the bear market” and introducing new services. “We are one of the few platforms that are still employing,” he stated.

According to the reports, KuCoin’s native coin KuCoin is up and running in the last 24 hours. But, that’s the case with most of the cryptocurrencies. If the market capitalization of KuCoin is analyzed critically we can make an observation that, the digital asset has still got the worst seven day performance out of the major digital assets in the past week.