Nexo to acquire 100% of Vauld, as both the parties sign the term sheets

Vauld finds itself in a bad position amidst market crash. 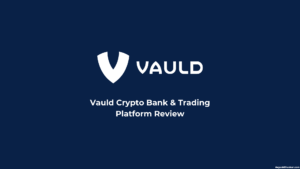 The market crash has potentially brought the crypto lending platform from Singapore to a stage of Bankruptcy. The liquidation process is on as the company has gone ahead to suspend the essential activities such as withdrawals, trading and deposits. The three year old company is certainly losing its place in the market and finds itself in a bad position amidst the market crash.

Nexo steps in to buy out Vauld.

Crypto Lender, Nexo has potentially stepped in to buy out the failing crypto lending company based from Singapore. According to the reports, Crypto lender Nexo, has signed an indicative term sheet with Vauld. The term sheet has the description about the deal between the two companies. In fact, the plan states that, Nexo will fully acquire Vauld and will also grant Nexo, a 60-day exclusive exploratory period in which it will conduct due diligence. As the agreement is in process, it is said that, the services will remain suspended.

Vauld, a Singapore-based company with the majority of its staff based in India, was founded in 2018 by Darshan Bathija and Sanju Kurian. According to Bathija, Vauld had assets under control totaling about $1 billion at its height. Nexo is primarily interested in Vauld for its huge traction rate from India and other South Asian countries.

Vauld is not the only company that Nexo has planned to acquire. According to the reports, last month Nexo went on to offer to buy Celsius’s assets. The offer got lapsed after a week, as Celsius was not interested in the deal.

However, Vauld seems interested in the offer Nexo has made. Operating under the Nexo brand immediately strengthens our ability to uphold our fiduciary duties to our clients and, at the same time, carry out the ambitious roadmaps of both firms, regardless of the status of the market, according to a statement from Bathija.

According to Trenchev, based on the outcome of the due diligence procedure, Nexo may decide to restructure or refinance Vauld. In other words, if Vauld has investments or assets staked for extended periods of time, Nexo might seize those and immediately offer liquidity. Trenchev added that if their assets have been lost, Nexo might be able to replace them if it makes sense.

He added that, the step of restructuring has to be considered on how the business will function and how much profit will be generated by the firm under Nexo’s umbrella.