Flipkart is again in the buzz; not for acquisition or IPO or new revenue records but for an allotment which none other e-commerce company has been able to. The company recently got allotted land by Haryana State Industrial & Infrastructure Development Corporation Limited for setting up the Asia’s largest fulfilment center.

Yes, you read it right!

It’s Asia’s largest fulfilment center. The details regarding the entire thing is mentioned in the article below. Let’s get inside the article.

On Tuesday; the news went public that the Haryana Government has approved the allotment of 140 acre land to the e-commerce company Flipkart for setting its fulfillment centre at Rs. 3.22 crore per acre. It will be situated in Patli Hajipur, Manesar in the district of Gurugram.

The decision was taken after a meeting in which the Chief Minister of the State; Manohar Lal Khattar , Deputy Chief Minister Dushyant Chautala , Education Minister Kanwar Pal and Haryana Enterprise Promotion Board marked their presence.

According to the official statement made by the release, “during the meeting, the Chief Minister was apprised (by the officials) that the land allotted at price of Rs 3.22 crore per acre to Instakart Services Private Limited (a Flipkart subsidiary) will not only give impetus to further investments in the region but would further boost market access opportunities for lakhs of MSMEs, sellers from Haryana and North India.”

The officials from the side of Flipkart clearly mentioned that they are looking forward to open up a network of centres in the nation to cater to the growth of the market. They have the objective of setting up of regional distribution centres (RDC) in the coming span to make their capabilities even more efficient.

The chances are in favour of opening of logistics campus in NCR which will boost employment at a fast pace. 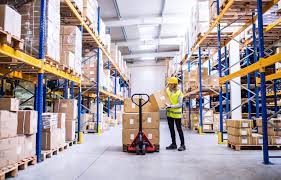 WHAT ARE FULFILMENT CENTERS?

Fulfilment centers are known as logistic centers where the orders are systematically received, processed & managed. They definitely make shipping faster and most importantly allow the returns to be more quick. They are generally provided by third party service providers.

Gurugram is the cyber hub of the nation and it has been home to a large set of warehouses of various companies. World’s leading logistic providers have also established their space in order to cater to the growing requirements.

The reality behind the move is that the Indian logistics & supply chain is going to touch $307 billion by the end of this year itself. It will touch 9-10 % range of growth in the coming years. All the marketing strategies & asset utilization mechanisms are in favor to boost this segment. Big data is also on point to make that efficient.

The imagination of e-commerce without logistics is like a ship without compass; the hold on the market is possible only when there is a strong hold on the logistics of the company.