FLIPKART IPO TO COME BY THE LAST QUARTER

It’s raining IPO for the companies in this year. A lot of companies in every sector are resorting to strike the market. This list has a recent addition in the form of e-commerce company Flipkart.

The company on Tuesday made a clear stand on its plans to come up with the offer in the last quarter of the year 2021. 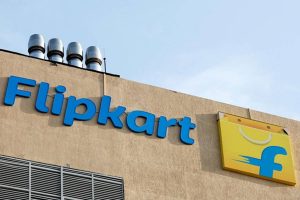 INSIGHTS INTO THE IPO PLANS

The country’s major e-commerce venture Flipkart is trying to make sustainable growth towards its plans to come up with the initial offer in the US markets by the end of this year.  Lately; in December 2020 it was claimed that the amount can be $ 10 billion. After getting acquired by Walmart; the US retail network has taken the responsibility to make this thing go more systematic.

The company has appointed an internal team for Flipkart’s IPO. The assigned attorney for the process will be Saroj Panigrahi who is a former JPMorgan Chase & Co. attorney. The expected advisors on the deal are to be JP Morgan & Goldman Sachs. The plans are still on the initial phase and many changes can be expected.

If the things fall in place; the company would be the largest start up in India to get listed abroad.

The name needs no introduction as it has been the initiator in the market of e-commerce. It was founded in the year 2007 when something like this was quite new & unpredictable. The founders are Sachin & Binny Bansal. The list of owners are :

They have subsidiaries like Myntra, Jabong, PhonePe, Ekart and Jeeves. In the year 2018; the company got a major change as it was acquired by none other than the leading supermarket chain owner Walmart for an amount of $16 billion that was equal to 81% stake in the company. One of the founders after this event left the company.

After getting hit by the major wave of pandemic; the list of companies planning to go for IPO this year is quite interesting. They have understood that in order to cope with uncertain situations a huge amount of fund is essential. As a result Starting from Zomato to LIC to Ola & Pepperfry all have made their minds. Every segment has realized that now they have to work even more efficiently.

Generally; the companies in the list are the ones who pioneered that industry. Talking about Flipkart itself; it will be one of the biggest IPO’s in the history of electronic commerce. Therefore; the news is definitely big and will affect the stock prices of the US giant up to next level.