Larry Ellison: The Billionaire Samurai Warrior With An Oracle ! 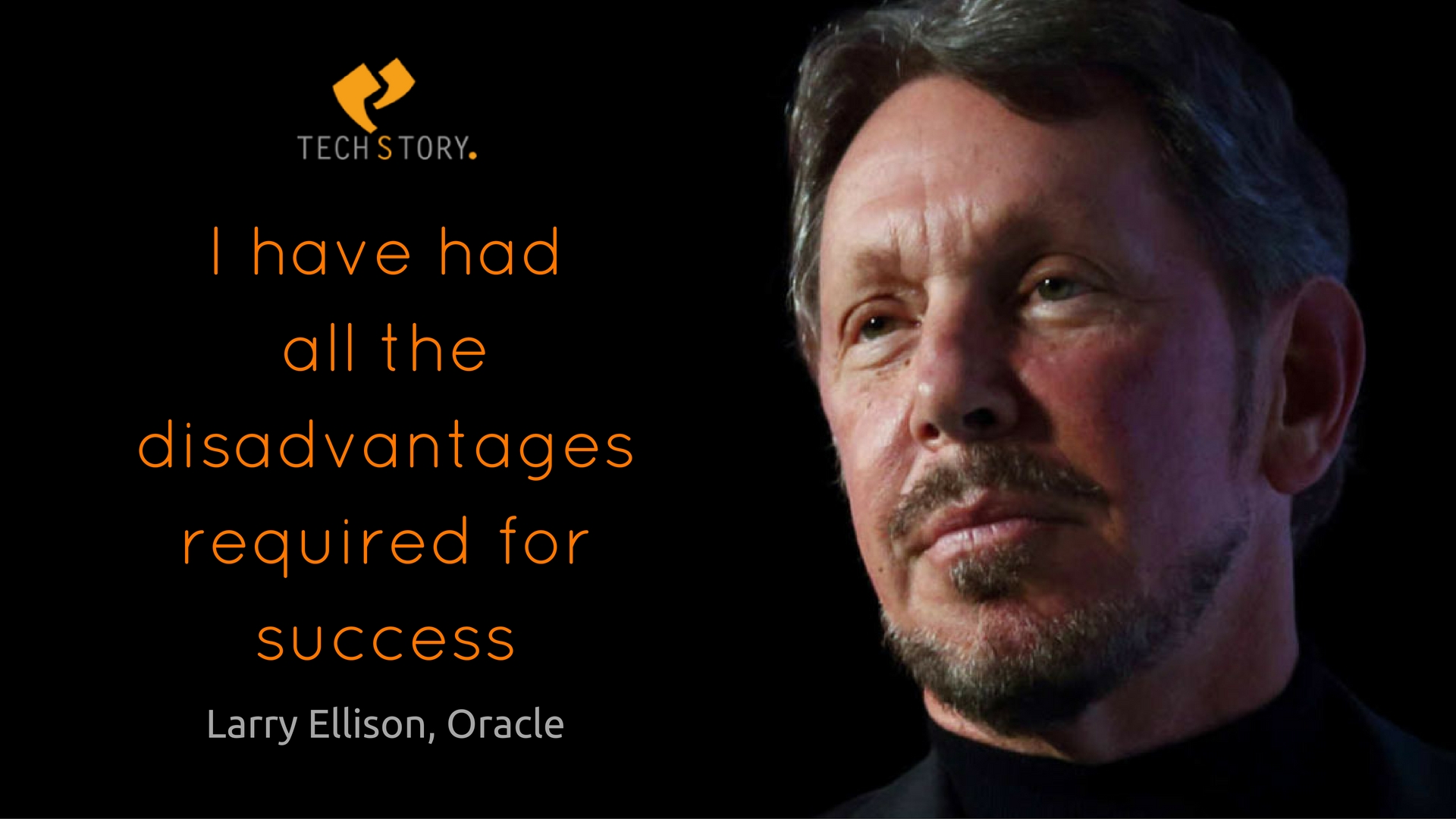 Larry Ellison’s life is a typical rags to riches story, which if made into a movie would return billions as well. This slumdog billionaire born on August 17, 1944 was an adopted at just nine months, and grew up to be a rebellious kid. His clashes with his adopted father was so intense that everyone at one point thought Larry would never make anything of himself. In all his years of school dropouts, and aimless life, he managed to learn the rudiments of computer programming.

“The most important aspect of my personality as far as determining my success goes; has been my questioning conventional wisdom, doubting experts and questioning authority. While that can be painful in your relationships with your parents and teachers, it’s enormously useful in life.”

He took this skill with him to Berkeley, California, arriving with just enough money for fast food and a few tanks of gas. For the next eight years, Ellison bounced from job to job, working as a technician for Fireman’s Fund and Wells Fargo bank. As a programmer at Amdahl Corporation, he participated in building the first IBM-compatible mainframe system.

In 1977, Ellison and two of his Amdahl colleagues, founded their own company called Software Development Labs. Ellison served as Chief Executive Officer since beginning until he decided to step back as Executive Chairman and CTO in September 2014, which made him the longest running CEO of Silicon Valley history.

“If you do everything that everyone else does in business, you’re going to lose. The only way to really be ahead, is to ‘be different’.”

Ellison and his partners won a two-year contract to build a relational database management system (RDBMS) for the CIA. The project’s code name: Oracle. They finished the project a year ahead of schedule and used the extra time to develop their system for commercial applications which was name Oracle as well.

“When you innovate, you’ve got to be prepared for people telling you that you are nuts.”

In 1980, Ellison’s company had only eight employees, and revenues were less than $1 million, but the following year, IBM itself adopted Oracle for its mainframe systems, and Oracle’s sales doubled every year for the next seven years,. The million dollar company was becoming a billion dollar company. Ellison renamed the company Oracle Corporation, for its best-selling product.

“You have to believe in what you do in order to get what you want.”

In 1986, Oracle Corporation held its IPO (initial public offering), but some accounting issues helped wipe out the majority of the company’s market capitalization and Oracle teetered on the brink of bankruptcy.

“Great achievers are driven, not so much by the pursuit of success, but by the fear of failure.”

Accepting the need for drastic change, he replaced much of the original senior staff with more experienced managers. For the first time, he delegated the management side of the business to professionals, and channeled his own energies into product development.

“Being first is more important to me [than earning money]. I have so much money. Whatever money is, it’s just a method of keeping score now. I mean, I certainly don’t need more money.”

Oracle’s fortunes continued to rise throughout the 1990s. America’s banks, airlines, automobile companies and retail giants all came to depend on Oracle’s database programs. Under Ellison’s leadership, Oracle became a pioneer in providing business applications over the Internet. Oracle benefited hugely from the growth of electronic commerce; its net profits increased by 76 percent in a single quarter of the year 2000.

As the stocks of other high tech companies fluctuated wildly, Oracle held its value, and its largest shareholder, founder and CEO Larry Ellison, came close to a long-cherished goal, surpassing Microsoft founder Bill Gates to become the richest man in the world.

“You can’t spend as much money as I have, even if you try. I’ve been trying.”

Beginning in 2004, Ellison set out to increase Oracle’s market share through a series of strategic acquisitions. Oracle spent more than $25 billion in only three years to buy a flock of companies and large and small, makers of software for managing data, identity, retail inventory and logistics.

“When you live your life in different ways, it makes people around you become uncomfortable. So deal with it. They don’t know what you are going to do.”

After acquiring computer hardware and software manufacturer Sun Microsystems for $7.4 billion in 2009, Oracle became the world’s largest business software company, supplying all 100 of of the Fortune Global 100.

“You have to act and act now.”

In 2016, Ellison’s personal fortune was estimated at $50 billion, second only to that of Microsoft’s Gates.

Here’s a documentary about the billionaire samurai warrior who was the oracle behind the most important computer software you had never heard of.