Lavinia Osbourne: NFTs can be a good pathway to draw women into crypto

Even though the ongoing pandemic has left many people in many countries in financial distress — whether due to job loss, inability to visit banks physically, or other concerns — Osbourne said that the event may have pushed many women into crypto and blockchain once they were forced to leave other careers. 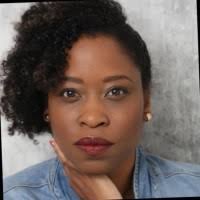 Though Osbourne was most likely speaking with men and women from various walks of life, the success of a new NFT project spearheaded by That ’70s Show and Family Guy star Mila Kunis appears to support her claim. During the pandemic, the actress took an interest in crypto, which she described as a “very male domain.” She later founded the Stoner Cats NFT project. The project sold 10,420 NFTs under 35 minutes earlier this week, and aired its inaugural episode a few days later, with major personalities from Hollywood and the crypto community, including Ethereum co-founder Vitalik Buterin.

Even though NFTs were one avenue to access, Osbourne stated that there was still a problem of female underrepresentation in crypto and blockchain companies. According to the founder of Women in Blockchain Talks, women make up around 34% of those working in the tech business, but only 12% of those working in blockchain. She advocated bridging the gap with a campaign “to demonstrate women that tech, blockchain, science, and STEM are all possible careers for them, and is a space for them.”

“If these women want to have a career that will last, then they need to look at these spaces,” Osbourne added. “It’s always been predominantly male, and there hasn’t been anything to counteract it.”

She continued, “If we want to attract more women, we need to cast a spotlight on them so that other women can see them and feel safe in the knowledge that they are not alone, that this space is for them as well.”

Osbourne and others are striving to recruit 50,000 women into the blockchain industry by 2023 as part of these aims. The campaign invites women to sign up for the programme and learn more about the financial and personal benefits of doing so.

On the second anniversary of the Women in Blockchain Talks in September, Cointelegraph’s editor-in-chief Kristina Cornèr will chat with Osbourne.