NBA Superstar Lebron James has filed four different trademarks, indicating his interest in the space. The move indicates that he will use his name and likeness for various non-fungible tokens (NFTs), tokens, and collectibles within the Web3 scope. 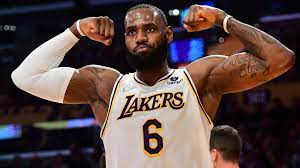 Besides the NFT drops, James will manufacture a variety of virtual experiences for users to enjoy, such as a virtual basketball court. These trademark applications come weeks after James appeared in a Crypto.com Super Bowl commercial, implying his eventual intention to join the metaverse.

James is just the latest NBA star to launch a metaverse campaign as the concept becomes more mainstream.

The filing of the four trademark applications follows the basketball phenom’s recent appearance in Crypto.com’s SuperBowl advertisement. The commercial shows a young LeBron James on the verge of making the life-changing decision to skip college and go to the NBA league. He was accompanied by his older self advising him to always “call his own shots”. 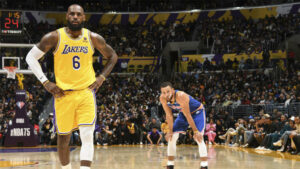 People who viewed the commercial kept their eyes peeled for any Easter eggs, as they suspected that the commercial would feature a secret QR code that would lead to an exclusive NFT airdrop.

Fans who found the secret QR code were directed to a hidden webpage where they could input their email address. Thereafter, fans were given further instructions on how to enter for a chance to win a limited edition NFT.

James also aims to use the four trademarks “for downloadable digital assets such as NFTs, tokens, and collectibles. He also may plan to create his own virtual basketballs courts alongside virtual footwear and clothing.

Currently, James is in his fourth year with the Los Angeles Lakers and quickly approaching his 20th year in the league.

While this move might seemingly feel like he’s one step closer to life outside of basketball, he has made it clear that he has no plans of leaving the league until he can play alongside his son, LeBron James, Jr., better known as Bronny James.