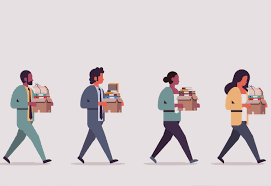 Less than a year after raising $115 million in what was the largest fundraising round for an Indian agricultural tech startup, agritech startup DeHaat has become the latest startup to resort to layoffs.

Moneycontrol was informed by a source that 500 employees had been fired; however, founder and CEO Shashank Kumar disputes this figure.

In a virtual conversation with Moneycontrol on August 1, Kumar acknowledged that the business had let some employees go, but the total number of affected employees was not high.

“The estimated number of layoffs is off. Layoffs were more of remedial action in response to poor performance and cultural incompatibilities, but the total number was absolutely not three.

The company claims that it employs more than 2,000 people. According to Kumar, the organization hired more than 1,200 to 1,300 individuals in the previous 14 to 15 months.

DeHaat is a technology-based platform with offices in Gurugram, Haryana, and Patna, Bihar, that provides farmers with end-to-end agricultural services.

Sequoia Capital India, Sofina, Light rock, and Temasek are among of the company’s investors. It was founded in 2012 by alumni from the IIT, IIM, and NIT, including Kumar, Amrendra Singh, Shyam Sundar, and Adarsh Srivastav.

After the final investment round in October 2021, it joined the soonicorn or “soon-to-be-unicorn” club with a valuation of more than $500 million.

A startup with a valuation of $1 billion or more is considered a unicorn. Since its founding, the company has raised about $161 million. Also read: How laid-off startup employees are coping: Shattered Dreams, Humiliation, Fight For Survival

DeHaat saw its losses triple year over year even while its revenue from operations increased by a factor of two, according to a report published by Inc42 in February.

By March 2024, profitability was the company’s goal rather than a change in growth strategy, according to Kumar.