LG Corporation is one of South Korea’s largest multinational conglomerates. The company was established back in 1947, and it expanded to India 24 years ago back in 1997 as LG Electronics.

Currently, the company manufactures and sells a whole host of consumer electronic products such TVs, ACs, refrigerators, ovens and microwaves, smartphones and so much more.

The company on 28th of April came out to say that they will now be manufacturing and selling inverter window ACs in India and will not be importing them anymore. The company will be setting up plants in Noida, Uttar Pradesh. 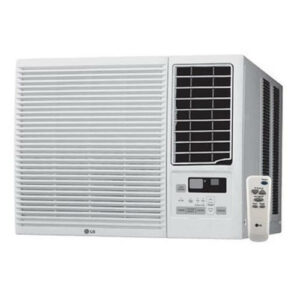 LG plans to up their share in the industry with their new make in India initiative range of products. The company is set to fund a new manufacturing plant which will have the potential to create over 3 lakh window air conditioners.

The company entered the nation in 1997 and currently has a plant set up in Ranjangaon, Pune where they mass produce a whole host of their consumer electronics which includes washing machines, air conditioning systems, LED television sets and so much more.

The company has identified the window AC as a high demand product in India and is looking to capture the market by producing many of them as soon as possible. Many companies across the world are aiming to invest more in domestic production now that supply chains are broken due to the coronavirus pandemic and Russia’s invasion of Ukraine.

The Vice President of LG India said that the people have always had a positive outlook on their products and they are now looking to innovate and capture the lead in the Indian air conditioning industry with the production of dual inverter window ACs as they manufacture these products in the country for the people.

He went on to say that as they commence the production of these units within the country, it will only strengthen the bond between the company and the people of India which will in turn allow them diversify and produce more higher quality electronic products for the people of the nation.

The South Korean company setting up a plant in India will do wonders for the people of Uttar Pradesh as this will now offer a huge employment opportunity for scores of people across the city and state. This deal seems like it will benefit all parties involve which will in turn help the economy grow and stay and healthy.