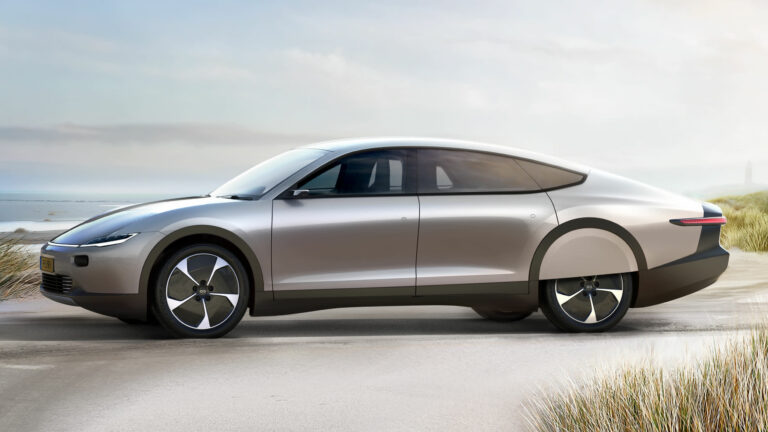 Lightyear  is the first automobile manufacturer to start solar EV production. The Lightyear 0 solar EV production will start at Valmet Automotive in Uusikaupunki, Finland. It proves that solar EVs are possible and scalable, kicking off a sustainable echelon of zero-emission mobility.

Lightyear began as a group of engineering students competing as Solar Team Eindhoven, capturing four world championships. The team’s early success in solar mobility would fortify the roots that would eventually sprout into Lightyear, a startup determined to bring a commercial, street-legal version of a solar EV to the world. In 2019, the Lightyear One made its official debut, touting tremendous range with the help of the sun. In 2020, we got our first up-close look at an early prototype of the Lightyear One outside CES in Las Vegas.

Since then, Lightyear’s flagship SEV has seen a name change with the launch of its production version, following well-documented performance and efficiency testing. After following the startup’s progress since 2017, we finally got the opportunity to drive the Lightyear 0 this past summer, and it did not disappoint. Neither did the technology within the solar EV itself, developed in-house by the Lightyear team – a group of individuals that work hard, have fun, and “just simply get it” when it comes to the future of clean mobility.

In 2021, Lightyear announced its solar EV would be assembled by Valmet Automotive in Finland, a contract manufacturer with over 50 years of experience building vehicles for nearly every legacy automaker at one point or another. Since 2009, Valmet has had the foresight to begin shifting its manufacturing to support electrification and even built the short-lived Fisker Karma way back when. In taking CATL on as a shareholder in 2017, Valmet Automotive has significantly bolstered its EV battery manufacturing while simultaneously supporting solar EV production for startups like Lightyear and most recently, Sono Motors.

Lightyear cofounder and CEO Lex Hoefsloot said it best in front of a crowd of journalists, dignitaries, and employees gathered around a stage mere footsteps from the startup’s new dedicated assembly line. “This start of production moment is both a beginning and an end. The end of the chapter we started back in 2016, and it’s the beginning of true solar mobility. It’s an achievement in the automotive industry like never before. And while we may be the first, it’s my sincere hope, and belief, that we won’t be the last.” In speaking with Hoefsloot this past summer in Spain versus today, following the start of Lightyear 0 production, a huge weight appears to have been lifted off his shoulders.