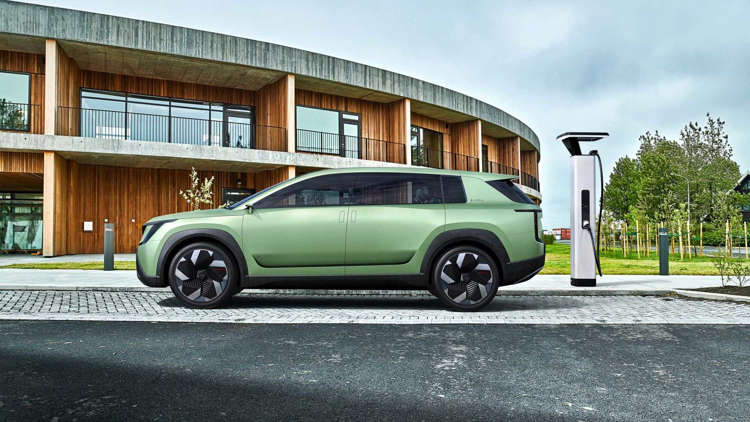 Skoda announces that it is committing to making its business more sustainable with electrification. It is going to launch three all-new vehicles by 2026 and expects 70 percent of the vehicles sold to be fully electric by the end of the decade. The transition is to only sell EVs after 2035.

One of the three models will be a smaller crossover that the brand already teased. It will be twinned with models from Volkswagen and Seat. This smallest electric offering will be built on a simplified version of the MEB platform, called MEB Lite, and unlike vehicles built on the standard version of the platform, the ones built on the Lite variant will be front-wheel drive in their base versions.

Furthermore, the second model will be an all-electric replacement to the current Octavia, which will reportedly skip the MEB platform that Skoda uses to underpin the Enyaq crossover. It is now also available as the sleeker Enyaq Coupe. And it will be built on the Volkswagen group’s new bespoke EV architecture called SSP, whose name is short for Scalable Systems Platform. This platform is important because VW views it as the architecture that will replace its existing ICE platforms. It also includes MEB and PPE (Premium Platform Electric, which is used in the new Porsche Macan EV or Audi Q6 E-Tron models), providing a single solution for a wide range of vehicle styles.

It’s worth noting that Skoda may not have been referring to the electric Octavia replacement necessarily among the three vehicles mentioned in the press release. Older reports indicated that the three new EVs would be a subcompact model, a compact SUV, and a larger seven-seater SUV that the company previewed with the Vision 7S concept which was revealed earlier this year. Interestingly, the zero-emissions Octavia will skip the Volkswagen Group’s MEB platform used by Enyaq and adopt the forthcoming SSP. It’s said to use a more technologically advanced battery compared to the Vision 7S concept’s 89-kWh pack, which Skoda said is good for 600 kilometers (373 miles) and a maximum charging power of 200 kilowatts.

The Vision 7S concept also gives us a pretty good idea of where Skoda’s design is headed over the next decade, as it reveals the major corporate identity update that the brand has in store. In other words, it previews the basic aesthetic of all models to be launched by the end of the decade and possibly beyond, so as far as design studies go, this one is pretty significant.