American Luxury automaker Lincoln unveiled its new Model L100 EV concept. The automaker claims the model to be the future of premium driving, its first luxury vehicle ever made. Despite Lincoln’s significant plans for Electrification, the brand seems to fall behind other premium competitors. However, with the Model L 100 EV concept, things could potentially change.

In April, the automaker revealed its first electric vehicle concept, the Lincoln Star EV SUV. At that time, Lincoln also updated us on its plans for an electric future. According to Lincoln, the automaker expects to generate half its global volume with EVs by 2025. Furthermore, it plans to electrify its entire fleet by the end of the decade despite not having a full EV on the road yet.

Furthermore, Lincoln’s parent company, Ford, is building strong momentum with its EV lineup. In fact, Ford is selling its EVs, the Ford F-150 Lightning, and Mustang Mach-E, as fast as it makes them. Lincoln’s plans to flip its portfolio to electric is part of Ford’s $50 billion EV investment strategy. So far, Lincoln has four planned EVs in the pipeline, which will all release within a few months of each other. A three-row Aviator EV is set to begin production in late 2024, and the Corsair EV will follow in February 2025. The Navigator will also get an EV remake, likely in 2026.

Lincoln is giving us a peek into the brand’s future with the release of the Model L100 EV concept. Lincoln’s president Joy Falotico talks about the company’s next chapter. “Over the last 100 years, Lincoln has pioneered multiple innovations and pushed the boundaries of design that have come to define our brand as we know and love it today. With the Model L100 Concept, we reimagine what the Lincoln sanctuary might look like for our clients of tomorrow moving us forward to define the next chapter of the Lincoln story.”

The Model L100 EV is designed to be an autonomous vehicle (AV) that focuses on digital connectivity. Though Lincoln doesn’t explain further, the concept vehicle will utilize “next-generation battery cell and pack technology.” It will feature an interactive jewel-inspired chess piece controller on the center console. In the new design, the jewel replaces the steering wheel for an “intuitive and effortless” driving experience.

The front row seats will also have swivel capabilities to connect with rear seat passengers. In fact, the entire interior focuses on an immersive, connected experience. On the inside, it will include intuitive lighting and a digital floor, which users can adjust for a custom experience. Lincoln designers created the Model L100 EV with luxurious animal-free materials. 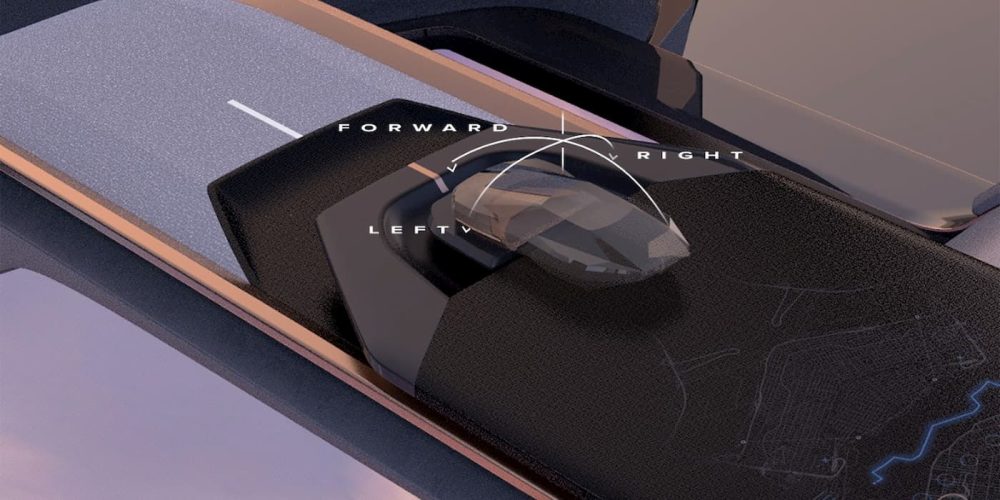