Litecoin: Everything you need to know 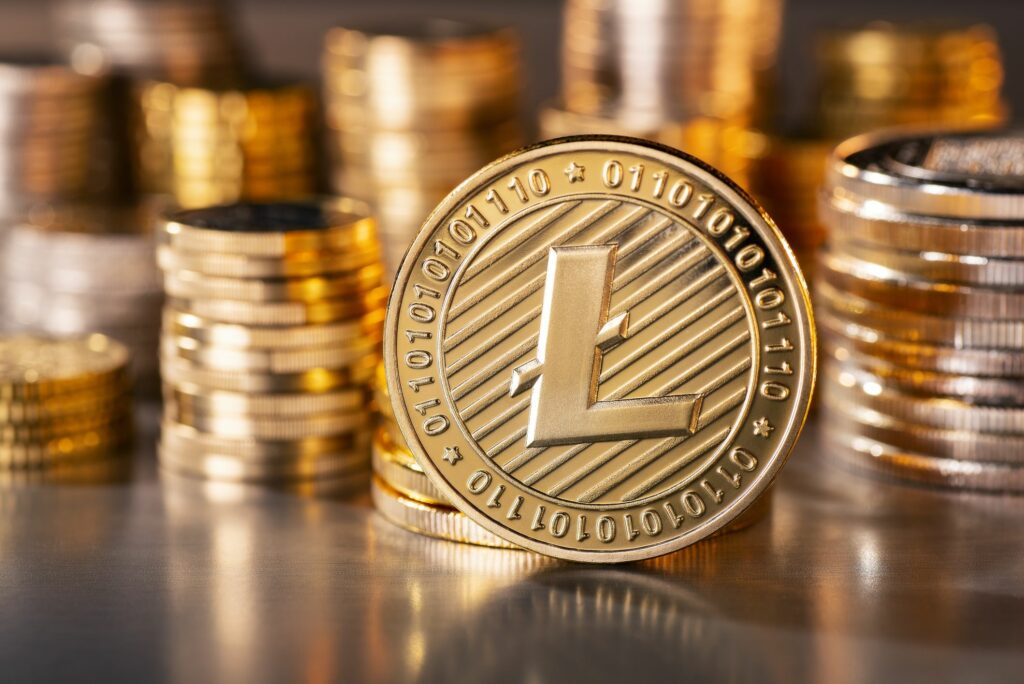 As of today, I believe that most of you are very well familiar with the concept of cryptocurrency and are aware of its working, but for some of you who are still not familiar with the industry. Let me explain it to you in brief. Crypto is a virtual form of currency and can be used just like physical money but over the internet of course.

This virtual asset of yours can easily and securely be stored in online wallets and can be used for the sale and purchase of goods and services and can also be made use of for the purpose of exchange and trade over cryptocurrency exchanges available online. In the recent past, the industry is booming with growth and popularity thus, it is often said by experts that crypto is the future of payment systems and will completely revolutionize the marketplace.

Cryptocurrency uses something known as blockchain technology which helps in its operations. Some of the characteristics of crypto include portability, security, volatility, uncertainty, ease of use, user friendly, and its capability of being used for some illegal activities over the web. If you might remember when crypto was first introduced, not many people knew about how it worked and were not very eager to invest but, seeing the support it received over the years and how it managed to create and sustain its place on a global level, that surely has changed.

Talking about when the industry was first introduced, it is worth mentioning that there were not many currencies to invest in back then, but on the contrary, looking around today, you will find out that there are a lot of digital currencies for you to choose from and invest, in the one you feel will be able to provide you with reasonable returns over a period of time.

Not just that, there are some currencies that manage to gain support from potential investors and find their way into the mainstream and on the other hand, there are several currencies that came up but due to lack of support and popularity, they went down soon after. Along with this, some of you might be wondering, what all cryptocurrencies are available today? Let me tell you. Some popular currencies include Bitcoin, Dogecoin, Binance Coin, Ethereum, Baby Doge, and more.

What is Litecoin (LTC)? Litecoin or as often referred to as LTC is nothing but a form of cryptocurrency that was designed in order to provide secure, low cost, and secure payments by leveraging the special characteristics of blockchain technology. Litecoin was created by Charlie Lee and was launched back in October 2011. In addition to this, you will be interested to know that, Lee was a Google employee who was following Bitcoin since its initial days.

Also, LTC is the native token of the currency. Litecoin was developed based on the Bitcoin protocol but as a matter of fact, it differs in many ways including the hashing algorithm that the platform uses, block transaction time, hard cap and more. Litecoin is a digital currency that is known to use peer-to-peer technology in order to send payments across the world quickly.

It is very suitable for point-of-sale payments as well as micro-transactions as it has a really low transaction fee and a block time of just 2.5 minutes, which when compared takes nearly 10 minutes just to mine a block on the industry-leading Bitcoin. In simpler terms, the currency is just an alternative and a fork of Bitcoin(BTC).

Just like in the case of Bitcoin, Litecoin is also based on a global payment system that is open-source and is able to step outside the control of central authorities. However, unlike Bitcoin, Litecoin is known to have a much bigger supply limit of a colossal 84 million LTC which in Bitcoin’s case of about 21 million only!

Not just that, Litecoin is an early altcoin which is often called the silver to the gold of Bitcoin and as a matter of fact, it was considered to be the third-largest crypto on the basis of market cap on a global level. However, it is worth mentioning that, due to its similarities with Bitcoin in regards to the overall structure, Litecoin has often been used as a testing ground or as known, testnet for upgrades that were later applied to Bitcoin. Basically, it was developed with a similar aim as that of Bitcoin but with better experience and management.

Moreover, the decentralized nature of the currency means that it is highly secured and there is no need for users to worry about their privacy and details along with the fact that no individual or entity will be able to control users.

Reading so far, now you know what Litecoin is and so, let’s talk about how does it all works.

As mentioned previously, Litecoin operates in a very similar manner as Bitcoin does. As a matter of fact, this online payment system(crypto) was directly inspired by the release of the Bitcoin protocol. Many people are even astonished to know that Litecoin was one of the initial Bitcoin forks in the marketplace. As previously mentioned, Litecoin is extremely quick with a minimal block approval time of 2.5 minutes.

This is because Litecoin uses block time reduction, which provides the currency with increased scalability than all of its predecessors. Notably, Litecoin is about four times faster in terms of transactions per second if compared to Bitcoin. With lower transaction fees, the currency was able to appeal masses. Just for reference, the fee structure of Litecoin is nearly 1/50th of the size of Bitcoin.

Litecoin comprises of computers or as called in the crypto world, nodes that run the entire network by performing specific tasks including mining of LTC tokens as well as confirming transactions. Block generation is much like what is there on the Bitcoin network, with the help of the Proof-of-Work system. However, it is worth noting that Litecoin allows users on the network to mine coins with the help of consumer-grade hardware like a regular Mac or PC. This system is known as the Scrypt algorithm or Scrypt Proof of Work.

Initially, when Litecoin was first introduced, for generating a block, miners used to earn 50 LTC and as of 2015, this reward was brought down to 25 LTC. This will keep on getting reduced until the hard cap of Litecoin hits 84 million LTC tokens. As of now, the total supply is somewhere about 66 million. Also, as talked about earlier, Litecoin makes use of peer-to-peer transactions.

The developers in Litecoin managed to create the Lightning protocol which is nothing but an algorithm that allows instant global settlement of transactions. Apart from this, another technology that the platform came up with is Atomic Swaps, supporting trading activities in a trustless environment. 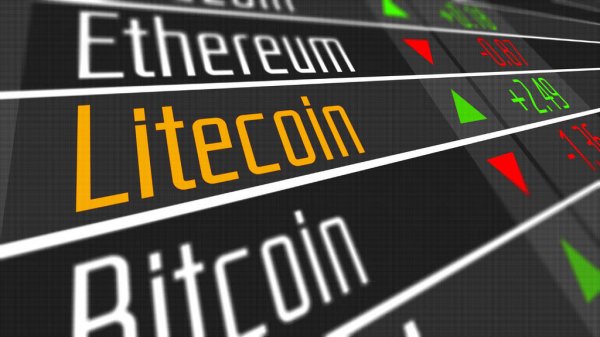 Besides Bitcoin, Litecoin is considered to be the second most popular pure virtual currency. This is mainly because of its clear utility benefits and most importantly its simplicity above everything else. As of January this year, Litecoin is said to be the most broadly accepted digital currency and as a matter of fact, on a global level today, more than two thousand stores and merchants accept LTC.

However, its main advantages still remain its cost-effectiveness and speed which are both extremely important in the crypto world. The fee charged is negligible and the transactions made are confirmed within minutes, which as a result makes it an attractive alternative for the industry-leading Bitcoin, especially in developing countries where the fee charged on each transaction may be considered as a deciding factor for whether to invest in the currency or not.

Last year, Litecoin also witnessed the release of the MimbleWimble(MW) testnet. For those of you wondering what it is? Let me help you with that. It Is basically used to test out confidential transactions based on MimbleWimble on Litecoin. Also, once this feature is rolled out on the mainnet, users on Litecoin will also benefit from highly increased fungibility as well as privacy and security. 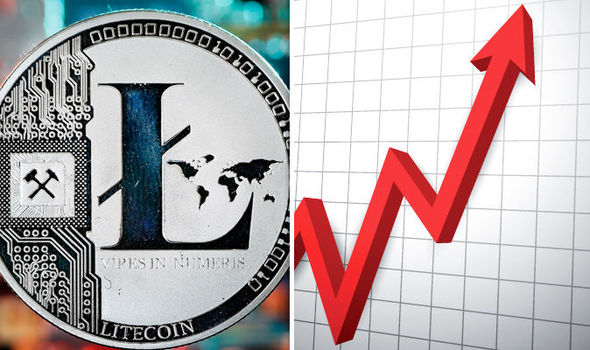 Over the past few years, the crypto marketplace has seen many ups and downs but if we talk about Litecoin, its success mainly depends on a number of factors but as we talked about at the very beginning of this article, the crypto marketplace is a highly volatile and uncertain and thus, nothing can be said for sure. It has been seen in the past that, Litecoin does not receive much media attention and if you look around, the main reason for a cryptocurrency’s success today is the attention it receives from people, all around the globe.

Reading so far, you might have understood what Litecoin is all about and you should be able to figure out on your own, whether or not it is the right investment for you. I believe that seeing its past growth and what it has to offer, Litecoin is likely to be a worthy long-term investment. If that’s not enough, the fact that it is based on Bitcoin and Bitcoin is a huge success and an industry-leading currency, I surely think Litecoin will hit its all-time again in the near future.

In conclusion, What are your thoughts on Litecoin? Do let us know in the comments below. To know more about various cryptocurrencies, do check out other articles we have on our website. Thank you for your time & if you found our content informative, do share it with your investor friends!

Also read: Moonriver: Everything you need to know