Moonriver: Everything you need to know

Cryptocurrency as most of us are already aware, is nothing but a form of virtual currency which has made quite a name for itself over the past few years. This digital asset of yours can easily be used for the purposes of trade and exchange in crypto exchanges over the world and also to buy goods and services but over the internet of course. I believe that over the recent years, the crypto industry has had a boom in growth and popularity thus, attracting people and a lot of potential investors from all around the globe.

If you remember when the industry was first introduced to the world, there were not many currencies to choose from and neither were there many people interested to invest their money, especially not being aware about the working of the industry. On the contrary, if we look around today, we come across a wide number of currencies that you can choose from and gain returns.

Seeing its rapid increase in popularity and the industry receiving the support of many people with celebrity status, people like you and me are more and more inclined towards investing in the marketplace. Just for better understanding, some of the upsides and downsides of cryptocurrency include portability, security, ease of use, volatility, its ability to be used for unlawful activities, and more.

Apart from this, the crypto world is still making great progress and it is worth mentioning that experts on the field believe that crypto has completely revolutionized the current payment systems on a global level and is the future for making payments online! As some of you might be wondering, some of the currencies available today in the marketplace includes Bitcoin, Baby Doge, Dogecoin, Ethereum as well as Binance Coin along with many more.

In addition to this, I think it is worth mentioning that Mcdonalds in Ell Salvatore recently started accepting Bitcoin as a regular mode of payment from its customers, taking it all to a completely different level and I certainly think that, this will definitely be the future of cryptocurrencies.

Now that you have a basic understanding of digital currencies, I think you will now be able to have a better understanding of what we are going to talk about next, the latest addition to the lot, Moonriver. To know more, I suggest you read further.

Everything to know about Moonriver 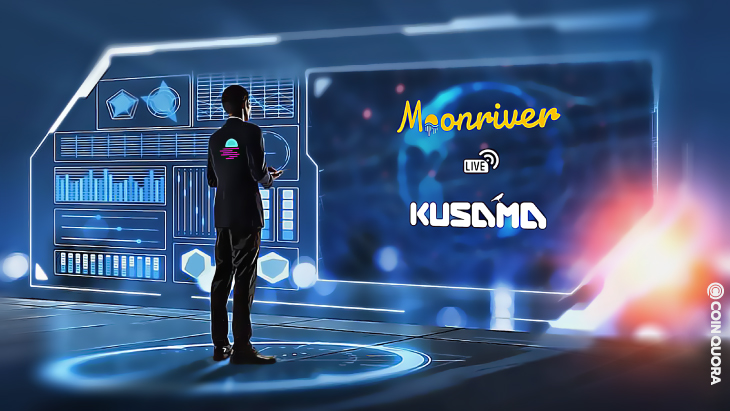 The Moonbeam Foundation developed Moonriver to be a blockchain environment that is compatible with Ethereum on the Kusama network. In other words, Moonriver is nothing but a smart contract parachain that is created on the Kusama(KSM) Network which helps in providing compatibility with the already existing Ethereum network and developer toolchain.

Moonriver is planned to be working on Kusama as a parallel blockchain or as known as parachain, helping virtual currency projects in order to expand their reach onto new markets and users with a multi-chain approach. Also, on Kusama, parachains are blockchains that are custom made feed into the heart of the Kusama network or the main blockchain, this however is called a Relay chain. The Relay chain is responsible for the platform’s shared consensus, security as well as transaction settlements.

The platform is designed to be a companion network to Moonbeam, where it will be able to provide a canary network that is permanently incentivized. The basic understanding of all of this is that any new code will be first shipped to Moonriver in order to be verified and tested under real-life economic conditions and once it has been proven to be working, the very same code will then be shipped to Moonbeam on Polkadot. It manages to pull this off by providing a Web-3 compatible API, EVM implementation as well as bridges that connect existing Ethereum networks to Moonriver. Thus, allowing developers to deploy already existing DApp frontheads along with Solidity smart contracts to Moonriver that too just with minimal charges. 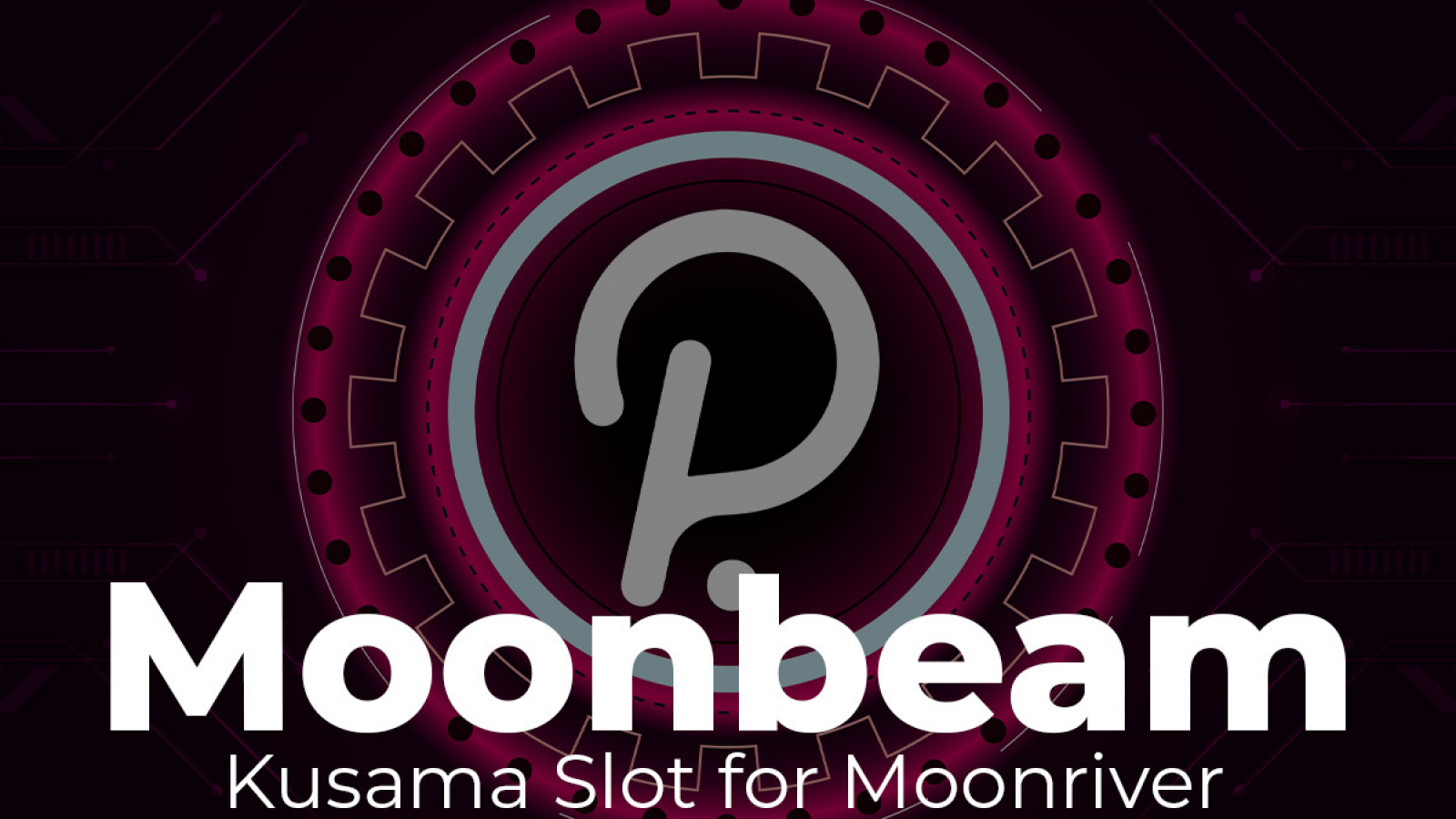 Talking of Polkadot, you must be wondering what role does Polkadot plays in all of this?  Allow me a chance to explain. Polkadot is one of the most powerful blockchain networks in the market as of now. Instead of having just a single chain network, Polkadot is known to have several chains that users can very well use to transfer data across, with high efficiency as well as great speed.

Polkadot is said to be an innovative network that often developers desire to be a part of because of the fact that, getting a project on Polkadot often means that it can operate with an efficiency which other chains fail to provide. Now, coming back to the topic, Moonriver is the latest addition under the Polkadot umbrella, and investors wanting to buy MOVR, continue to increase its value.

Not just that, Polkadot’s sister chain Kusama also is known to operate in a way similar to Polkadot. As a matter of fact, every player in the marketplace looking to be on Polkadot finds a spot on Kusama first. Kusama just hosts a hundred parachains, which makes it even more exclusive to be a part of. Moonriver launched on Kusama this August and can already be seen on fire!

In addition to this, the entire development of the Moonriver is guided by the community of people using MOVR tokens, as a result, this gives the token holders the power to shape the development aspect of Moonbeam for the near future. However, despite all of this, Moonriver will still be its own fully independent parachain, with just the developments that are particularly created for the network. 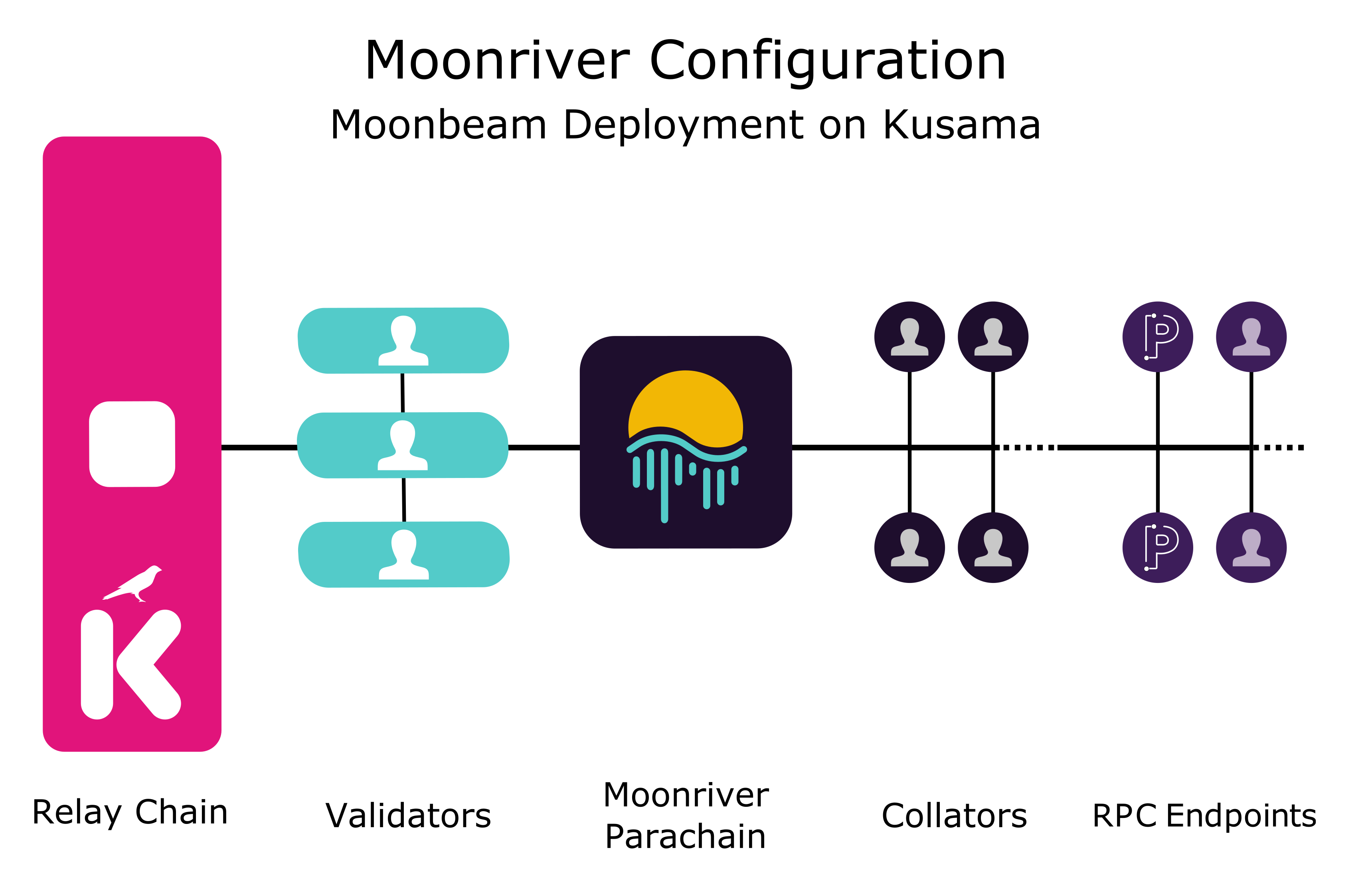 As mentioned previously, Moonriver is a canary network that is responsible to test out new codes before they go live on Moonbeam. But that is not all. Just like Moonbeam, Moonriver also replicates Ethereum’s accounts, subscriptions, Web3 RPC, logs, and much more, making it easier to run solidity smart contracts on the blockchain network.

It is possible to get access and communicate with Moonriver with the help of already existing Ethereum like ECDSA signatures as well as H160 accounts. Another important thing is the platform’s collection of built-in integrations including assets like ERC-20 and DOT.

If you are wondering what substrate is? A substrate is nothing but a framework that helps in creating blockchain applications and novel blockchains that can easily run on the Polkadot and Kusama networks. As previously discussed, In order to access these features, some of the main services offered by Moonriver to its developers include EVM implementation, bridges, built-in integration for ERC-20 and DOT, EVM implementation as well as Web3 compatible API.

Moonriver being a decentralized smart contracts platform, requires a token to function. MOVR is the native token of the Moonriver platform and is central to the overall design of Moonriver and plays a very crucial role in its working and cannot be removed without giving up on essential functionality.

For better understanding, let’s talk about some of MORV’s uses in the marketplace, which include the support it provides to the gas metering for the execution of smart contracts, paying for transaction fees on the network, powering the mechanics, and incentivizing collators around the development of an infrastructure of decentralized nodes on which the platform can operate, and lastly, supporting the on-chain governance mechanism which also includes electing council members, voting, proposing referenda and more.

Now that you have read it so far, you might be wondering whether or not to invest in Moonriver? Let’s find out!

As far as investment goes, Moonriver comes across as a good long-term investment considering it is all for purposes and intents for Moonbeam but in any case, it is a critical part of the ecosystem. Moreover, it allows more innovation than ever before, acting as a testing ground for projects on Moonbeam.

Having said that, reading so far you might have gotten a fair understanding of what Moonriver is and whether or not you should invest in it. Considering all of its perks and support, It brings value to the token, and seeing the place that Moonriver has managed to maintain since its launch, it seems like it is worth putting your money in.

But again, it is very crucial to remember the fact that just like any other online currency, Moonriver too has its own risks and you should invest only if you are willing to take those risks and bear losses if at all necessary. For those of you thinking, where can you buy Moonriver? Let me help you with that. Some of the popular exchanges for trading Moonriver include ZT, BKEX, KuCoin, Gate.io, as well as Kraken.

In conclusion, What are your thoughts on Moonriver? Do let us know in the comments below. To know more about various cryptocurrencies, do check out other articles we have on our website. Thank you for your time & if you found our content informative, do share it with your investor friends!

Also read: Serum: Everything you need to know