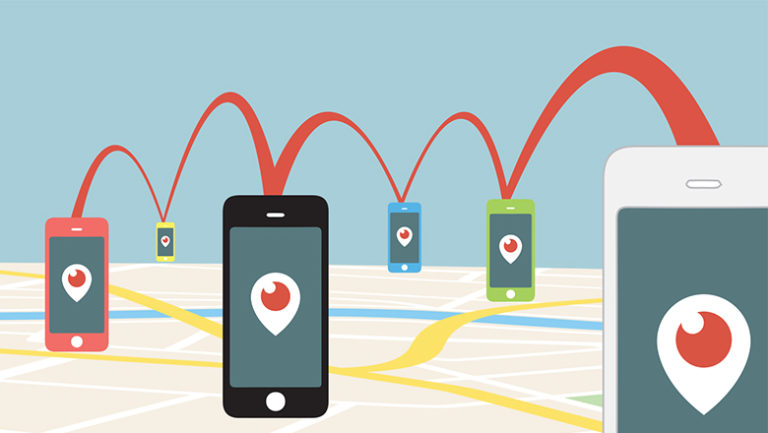 Every now and then, a new social media concept completely revolutionizes the way people interact and if I had to guess I would say that live streaming is the next big revolution. Live streaming is not a new medium, platforms like Ustream, and Twitch have been in existence and sharing live content with the world for over a decade. What’s different with the new platforms on the market like InstaLively, Meerkat and Periscope is the mobile-first approach. Even YouTube and Google+ offer live streaming but what makes mobile apps different is how incredibly easy and accessible it is to create content and interact on these apps. Having the opportunity to communicate with viewers in real time really changes the game.

Mobile live streaming is based on a simple concept – you see something shareable, instead of clicking a picture or taking videos, you just live stream it to your audience. It has taken the social media world by storm. Mobile live streaming has ushered in a new era of visual social media that is live, raw, dynamic and authentic which makes it more attractive than television or other visual mediums. Then there’s the convenience factor. With just a click of a button, you can go live anywhere in the world. Live streaming has the ability to catch us where we are, whether we are creating streams or viewing them. In the digital age, we are on the move and on our mobiles, and live streaming is providing us with authentic, real-time content.

There is a familiarity that occurs in live streaming that doesn’t exist in any other platform. The integration of comments by viewers and the ability for streamers to provide an instantaneous response allows for a more rapid progression of creator-viewer relation. Live streaming is the closest form of media between an audience and broadcaster. They are getting what feels like a one-on-one with the streamer, even if there are hundreds of other viewers from all over the globe watching at the exact same time. Mobile live streaming adds a multidimensional, collaborative layer to social media through unedited visual storytelling. Daily Vlogs get lots of views on YouTube, taking the next obvious step, a lot of these vloggers like have begun to live stream their days. The ability to broadcast daily creates a very loyal following. These factors all contribute to why audiences, as well as creators, are more attracted to mobile live streaming than any other form of social media.

Everyone is jumping on the live streaming bandwagon. Facebook has now allowed verified profiles to go live using the exclusive Mentions app. People like British Celebrity Chef, Jamie Oliver have already tried this feature out by hosting a live Q&A. Yahoo launched an app called Livetext which lets you share live streams without audio, but they are accompanied by text. News channels have started their own live streams online and on their apps. Just last week, a live stream of CNN’s Republican primary debates attracted a record crowd of 921,000 simultaneous viewers. You can watch the Grand Prix happening this week with the click of the button wherever you are. People are streaming anything and everything from walking their dogs to their dinner preparations.

The fashion world is lovestruck with live streaming. It started with Alexander McQueen, in 2009 they live streamed their spring/summer 2010 show from Paris in March, Louis Vuitton followed by streaming their fall show to Facebook. The next year, Alexander Wang, Marc Jacobs, and Burberry joined the club. By 2011, there was a full slate of designers who streamed their shows. New York Fashion Week streams its shows to over 2.6 million people annually. Kanye West streamed his Yeezy x Adidas Season 2 across the globe for his fans earlier this year. Streaming has become an important part of how consumers understand brands and it gives designers remarkable reach to audiences and helps build trust. It generates a unique way to excite the audience with an in-person experience of the show.

Live streaming is here to stay, and its evolution will have an impact on the businesses of television, social media and content creation. It has begun a revolution in the way we consume news and entertainment. Mobile live streaming has made it accessible for anyone and everyone to participate. Live streaming isn’t some vague future technology, it is happening all around you, right now and you should join the revolution.

This article is contributed by Prakhar Khanduja, Co Founder InstaLively.

(Disclaimer: The article is contributed by an independent third party. Techstory is not responsible and liable for the content in the article.)