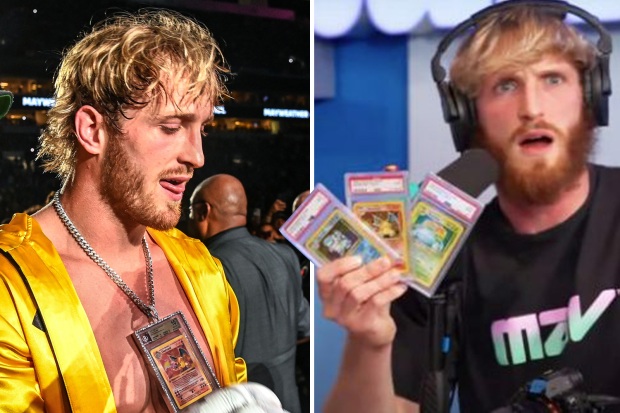 Logan Paul, the YouTube celebrity, stunned the internet when he sported his $5 million Pokemon card to his first-ever WWE Wrestlemania match. During his walk from the Wrestlemania stage to the ring, Paul carried the PSA Grade 10 Pikachu Illustrator card.

Paul was also awarded a Guinness World Record for possessing the “most expensive Pokemon trading card sold at a private sale” following the wrestling battle.

The professional boxer/wrestler also paid an additional $4 million, bringing the total cost of his PSA Grade 10 Pikachu Illustrator card to $5.25 million. Only 39 of the cards were handed to an artwork contest winner in 1998, according to Paul in a statement via Guiness World Records, and the one he owns is the only card in the world to be graded “10” by Professional Sports Authenticator (earlier referred to as PSA).

His PSA 10 Pikachu Illustrator is the most expensive Pokémon card sold in a private auction – $5,275,000

When examining at the PSA Grade 10 Pikachu Illustrator card, the year “1998” is mentioned at the top. It alludes to the year in which this card was awarded in the “Pokemon Card Game Illustration Contest,” which is also mentioned in Japanese on the card.

The card’s main design is a drawing of the popular Pokemon Pikachu. According to Paul, the Pikachu Illustrator is among the rarest and most widely wanted Pokemon cards in the world, with a certificate from the Guinness Book of World Records.

The internet star accessorised the card with his Wolverine-style costume, despite owning the world’s most expensive Pokemon card. Logan Paul wore a Pokemon card at his Wrestlemania debut on April 3, 2022, according to WWE’s official Twitter account.

Take a look at the following tweet. Mike Marcotte, the adjudicator, handed Paul with the Guinness certificate backstage shortly after he ended his match with a victory.

The father-son team of Rey & Dominik Mysterio took it directly to The Miz & Logan Paul, with Dominik taking out both The A-Lister and the social media megastar in one fell swoop with an acrobatic move off the ropes after making this match extremely personal. The momentum turned quickly after that, as Miz & Paul pulled out a couple of cheap shots from their bag of dirty tricks to send The Mysterios reeling.

Paul shined in the ring, pummeling Dominik with a running powerslam and a bulldog off the top ropes despite the boos. He managed his own during the entire match as well.