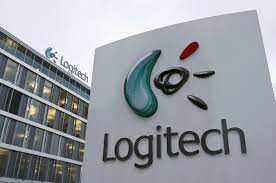 Logitech reported its Q3 results Logitech said it was facing unprecedented problems getting parts to make its products.

Logitech International (SIX: LOGN) (Nasdaq: LOGI) today announced financial results for the third quarter of the Fiscal Year 2022, with strong growth in Pointing Devices, Keyboards & Combos, and Gaming, and share gains in the majority of key categories. The Company raised annual guidance for both sales and profitability.

However, the maker of keyboards, mice, and headsets raised its forecast for the current fiscal year to between 2% and 5% sales growth in constant currency. In between $850 million and $900 million in non-GAAP operating income.

The company’s previous outlook was flat sales growth in constant currency, plus or minus 5%, and $800 million – $850 million in non-GAAP operating income.

Logitech helps all people pursue their passions by designing experiences so everyone can create, achieve, and enjoy more. Logitech designs and creates products that bring people together through computing, gaming, video, streaming and creating, and music.

Founded in 1981, and headquartered in Lausanne, Switzerland, Logitech International is a Swiss public company listed on the SIX Swiss Exchange (LOGN) and the Nasdaq Global Select Market (LOGI). Find Logitech at www.logitech.com, the company blog, or @Logitech.