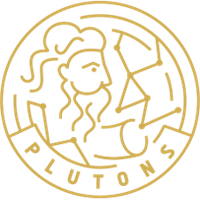 For a long time now, cryptocurrencies have been a part of our global payment system and have proved to be one such industry that has managed to make a name for itself in the global marketplace and successfully lured in potential investors from all over the world. Also, the crypto world has had a surge in its growth and popularity recently, thus helping it to reach greater heights!

To begin with, cryptocurrencies are simply blockchain-based platforms that are said to be decentralized to their very core. Being decentralized, the industry becomes more than capable of stepping outside the overall control and jurisdiction of central authorities and can work freely without any unnecessary government interference as well.

This virtual asset of yours can also be used for a variety of purposes including the purchase and sale of goods and services as well as for the purpose of trade and exchange over cryptocurrency exchanges online. Though when the industry was first introduced globally, there were very few currencies you could have chosen from, and frankly, not many people were interested to be a part of it either as they were very skeptical with respect to the return on their investments and the safety of their money as well.

On the other hand, that is surely not the case anymore as, looking around today, you will come across a pool of currencies to choose from, with newer ones coming in with each passing day and tons of new investors joining in every hour.

Speaking of a lot of currencies available today in the marketplace, some of the most popular ones worth investing in include Bitcoin, PnacakeSwap, Binance Coin, Polkadot, Ethereum, Dogecoin, Baby Doge as well as EverGrow Coin to name just a few of course.

Now, for some of you wondering, how did it happen so rapidly? Let me tell you that, some of the major contributing factors for this huge success of the industry include its ease of use, negligible response time, high-profit margins, volatility, intuitive nature, real-time updates, as well as the convenience it offers of course.

Now that you have a brief backstory about the crypto world, you will be able to have a much better understanding of what we have with us today, Pluton. To know more, I suggest you read further!

Everything to know about Pluton (PLU)

Pluton or as commonly referred to as PLU is nothing but a virtual Ethereum asset that is said to be issued automatically to users of the Plutus application as a reward for making use of the Plutus Tap and Pay app, making payments with converted Ether or Bitcoin.

Not just that, the payment process is known to occur through a proxy conversion to a digital debit card linked to your account. In other words, Pluton is the world’s first decentralized loyalty reward token that is said to enter the marketplace and can easily be earned on the purchases using the platform’s Visa Debit Card, which unlike traditional reward programs are not just limited to a single store or merchant.

Before moving on any further, it is worth noting that, Pluton was launched about six years ago, back in 2016, and PLU is known to be the native utility token for Pluton, which is an Ethereum token that is responsible for powering the Plutus crypto-based debit card as well as a decentralized exchange.

In addition to this, PLU can also be staked in order to earn cash back rewards and other perks too for using the said debit card, and for zero-free decentralized exchange trades. To provide an analogy, these tokens are similar to cash backs or frequent flier miles. 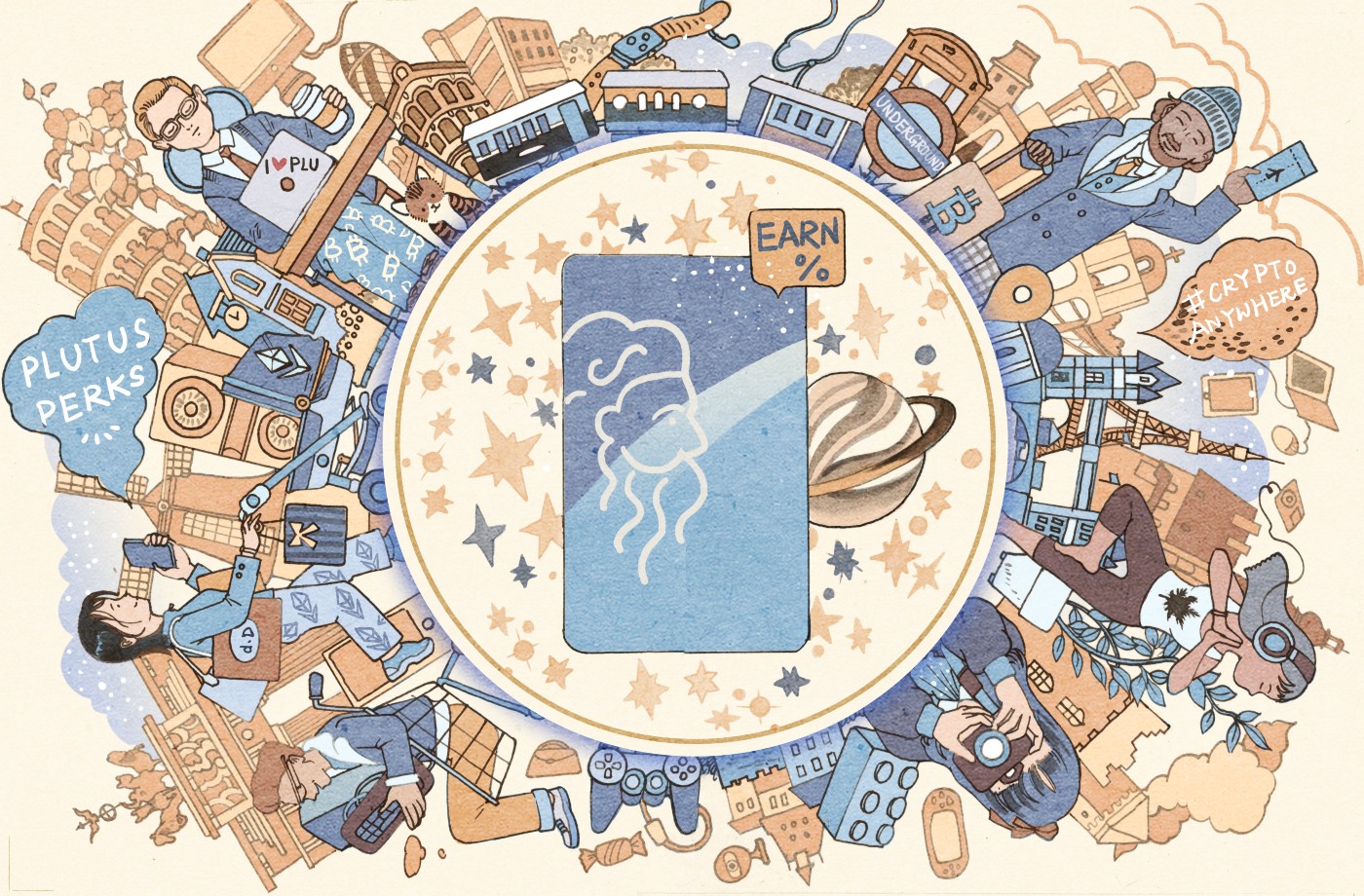 On a similar note, as a user, you will automatically be rewarded with about a three percent rebate in Plutons for every given Bitcoin deposit that you make towards a purchase. As mentioned, Plutons can easily be used within the Plutus applications in the same way as in the case of Bitcoins.

As a result, you can use Plutons to chare your contactless balance just as you would with Bitcoin but with the added advantage of zero fees as well as instant conversions.  Basically, Pluton is an optional way of loading your spending balance for goods and services, just like Ethereum as well as Bitcoin on the Plutus application.

As talked about earlier, you can make a deposit request with PLU and your order will easily be matched with a buyer on PlutusDEX, while the primary advantage that any user on the platform will receive is of near-instant transactions as well as no fee. 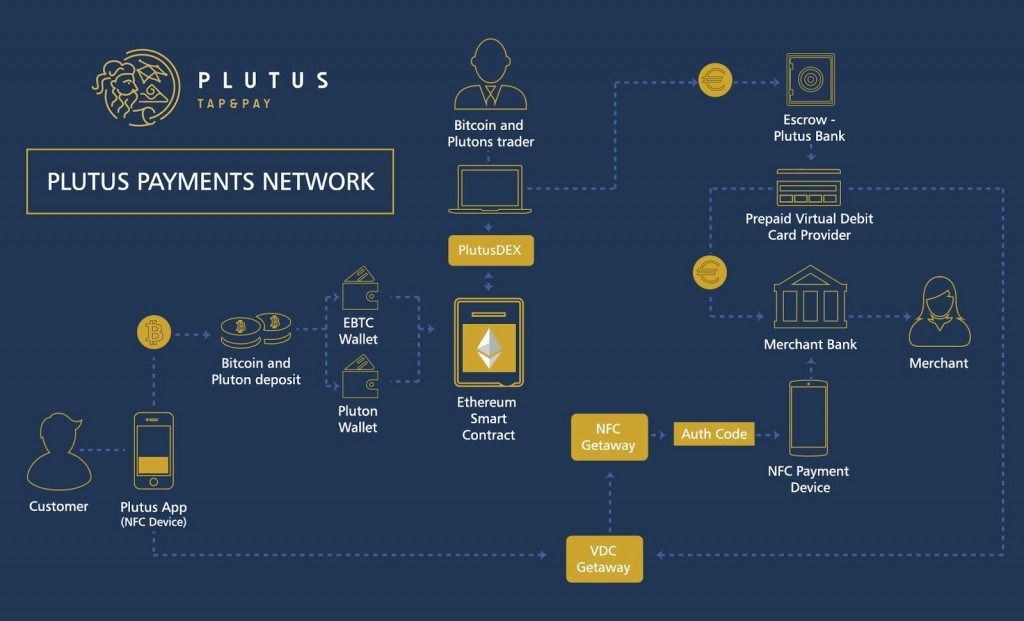 Speaking of distribution, it is probably worth noting that, only a small amount of plutons, roughly around 4.25 percent are available for initial distribution and the reason for this is simple as they are designed to have a unique and rather valuable use case in order to pay for everyday goods with the help of the Plutus app.

As a result of this, these become rare tokens with a real-life use case. However, other than the initial distribution, there is said to be no further distribution of Pluton to users as they are not really owned by Plutus.

Furthermore, Plutons will be locked by a smart contract and will be allocated for the reward system that we discussed, thus issuing Plutons to every user of the Plutus Tap and Pay app as merely rewards for making payments by exchanging Ether and Bitcoin for a virtual debit balance.

Now that we have talked much about Pluton, some of you must be wondering, whether or not it is a good idea to invest in the platform? If that’s the case, then let’s find out, shall we? 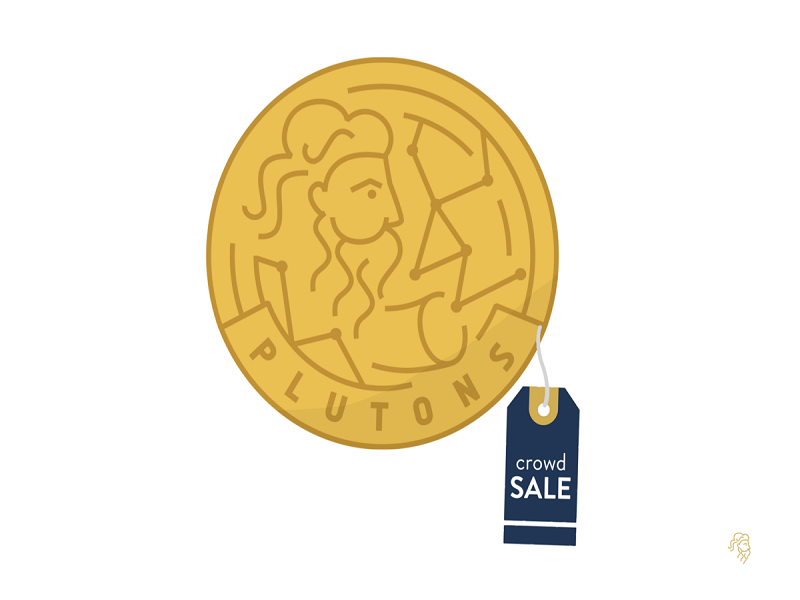 As of today, the price of Pluton is about 16.89 US dollars with a twenty-four-hour trading volume of 8,593,332 dollars. Not just that, in just the past twenty-four hours, the value of Pluton has gone up by 104.79 percent, and with the current market cap of 14,389,237 US dollars, PLU is currently placed at #851 position as per the CoinMarketCap rankings.

Also, it is worth mentioning that, the current circulating supply of Pluton is 852,000 PLU coins, with a maximum lifetime supply of about 20,000,000 PLU coins. In just the past week alone, the price of the platform has risen by 99.36 percent.

Reading so far, you must have gotten a fair understanding of the platform and by now, you should be able to figure out on your own whether or not investing in Pluton is the right thing for you to do. Seeing what it has to offer when combined with its performance in the recent past as well as its plans for the near future, I certainly believe that Pluton can prove to be a profitable investment in the near future, which is likely to provide you with higher returns and it is a possibility that your current investment may increase in value. But again, nothing can be said for sure! 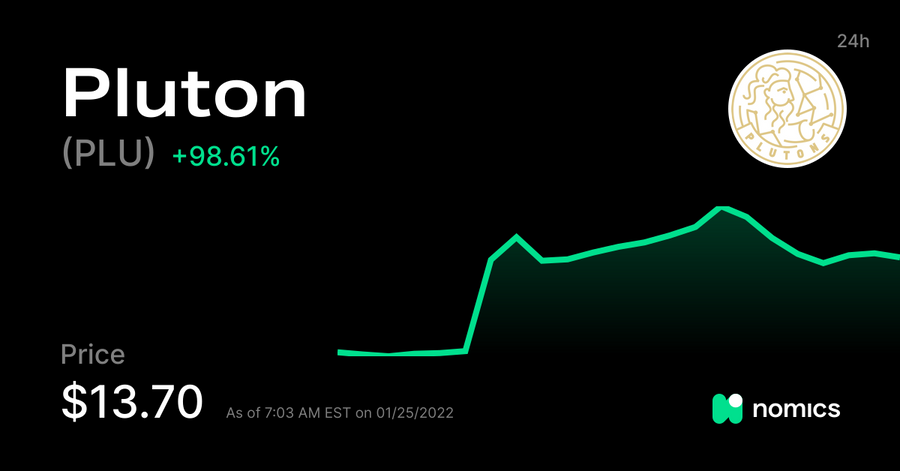 If still not convinced, see it this way that, if say you buy Pluton worth a hundred dollars today, you will receive nearly 7.077 PLU. According to the analysis done by experts on the field, after five years of your investment, the return is expected to be about +44.66 percent and thus, your current hundred-dollar investment will be nearly 144.66 US dollars in 2027.

As mentioned at the very beginning, crypto is a highly volatile marketplace and is extremely uncertain. Thus, It is very important for you to understand the fact that just like any other currency in the crypto marketplace, Pluton does have its own risks as well and you should invest only if you are willing to take those risks and bear any and all losses if at all necessary.

If you are wondering, where can you buy Pluton? Let me help you with that. Currently, Pluton is available on all major crypto exchanges but, some of the popular exchanges that have PLU listed on them include Coinbase Exchange, KuCoin, HitBTC, CoinW as well as Bitfinex to name a few.

In conclusion, what are your thoughts on Pluton? Do let us know in the comments area below. To know more about various cryptocurrencies, do check out other articles we have on our website. Thank you for your time & if you found our content informative, do share it with your investor friends!

Also read: Moss Carbon Credit: Everything you need to know