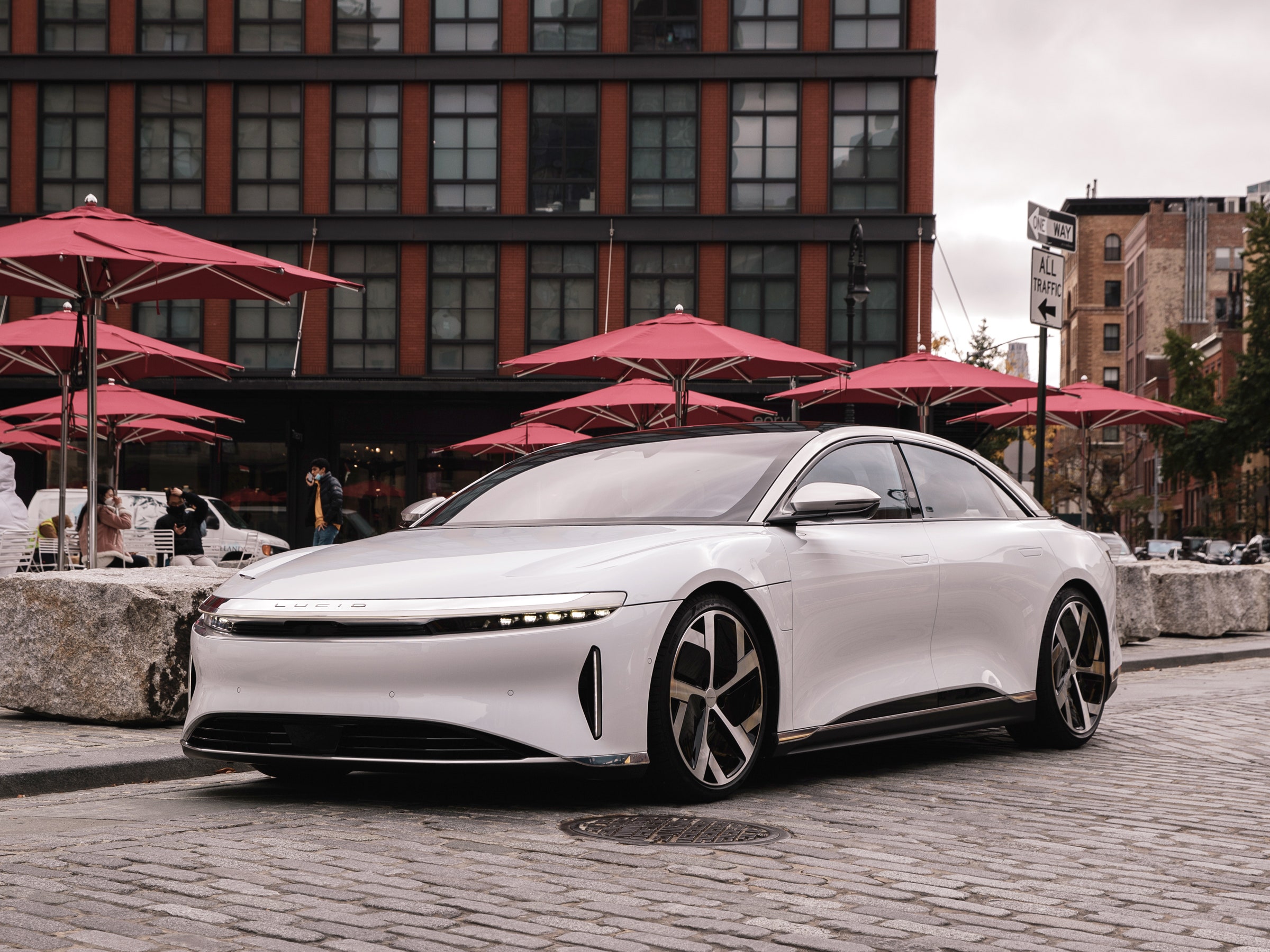 This new model is not the most powerful of Lucid’s Air vehicles — that crown goes to the company’s 1,111 horsepower “Dream Edition” performance model. It is now sold out after a limited edition run.

That performance Dream Edition model was touted as the only production electric vehicle to achieve a quarter-mile time under 10 seconds in 2020, which bested Tesla’s quickest Model S available at the time.

Lucid said Tuesday the Grand Touring Performance — with specifications that very nearly match the Dream Edition and a starting price just $10,000 higher — won’t be as limited in production.

While the Air has made a big impression at the high end of the luxury EV market. Lucid is still in the early stages of production. The company said in late February that it had built about 400 vehicles since starting production in September and that it had about 25,000 reservations for the Air.

Lucid’s original plan was that its most expensive, most powerful model to follow the Dream Edition would be the Air Grand Touring, an 800-hp (597 kW) version with 516 miles of range.

But it seems there is still untapped demand for a really fast Lucid Air. So it’s adding the new Air Grand Touring Performance.

Lucid has pegged the Air Grand Touring Performance back slightly, so as not to eclipse the Air Dream Edition Performance (the 1,111 hp version). But only slightly.

Therefore the twin-motor Air Grand Touring Performance generates a combined 1,050 hp (783 kW). Which will propel the ultra-slippery sedan to 60 mph from a standstill in 2.5 seconds.

However, fans of Lucid from the early days will be disappointed that the planned single-motor $60,000 entry-level version will now cost at least $80,000. Production of that car was meant to begin this year, but perhaps 2024 is more likely.

Lucid has been slower with the rollout of production of electric vehicles than it projected; it had to cut up to 8,000 vehicles off its 2022 production forecast due to supply chain challenges.

The Newark, California-based company, as of February, only delivered about 300 vehicles on over 25,000 reservations to customers and employees.

Lucid CEO Peter Rawlinson said that the new Air Grand Touring Performance answers to “the strong demand we continue to see for higher-performance versions of the Lucid Air”. And since Lucid builds its motors and batteries, Rawlinson says the company can bring it to market at “remarkable speed.”