Madeira’s support and optimism for bitcoin, not to be perceived as an adoption

Bitcoin and its revolutionary reach all across the globe 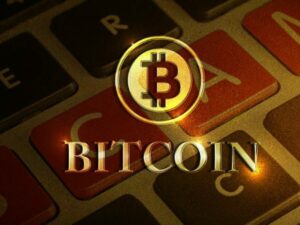 After crypto markets became a thing of interest for people across the globe, one cryptocurrency that has never ever failed to get recognition, has been left out of the market is bitcoin. It is the largest bitcoin in terms of market cap, second to none. Currently bitcoin is trading at $29,364 wShich is the highest value for a cryptocurrency. Because of its high value and high popularity, bitcoin is penetrating across corners of the globe. El Salvador was one among the recent places to acknowledge the existence of bitcoin. Now, the talk is that Madeira is an autonomous of Portugal located north west of Africa.

At a conference held in Miami, Madeira was showing a lot of interest in bitcoin. The president of Madeira Miguel Albuquerque showed optimistic interest in the cryptocurrency and told that he believes bitcoin is the future. To take the development a step further, he also vowed to create an atmosphere that suits bitcoin in his country. One person named Sampson who happens to be the Jan3 CEO went on to confuse the netizens that bitcoins will be adopted in the market. But later the confusion was to put to rest that Madeira will embrace and support bitcoins but will not adopt it. It is further believed that there is no such stance from Miguel to make bitcoin as a legal tender.

How does Madeira plan to take bitcoin forward? Lets see

Madeira’s first plan of action will be to educate the citizens about the different cryptocurrencies prevalent in the crypto market. They have to learn to analyze the market, when and how does the value of cryptocurrencies change. They need to be provided with financial literacy sources. To facilitate such a step, Loja has translated several Bitcoin-related books to portugese. Loja also went on to make it public that to help the growth of bitcoin in Madeira, he is going to found a Bitcoin Education Center called the Sound Money Foundation.

Future of bitcoin in Madeira.

Seeing the enthusiasm of the people of Madeira, it is certainly hinting to a revolutionary change for bitcoin. As Madeira and its leaders feel the need to adopt bitcoins, the cryptocurrency will start penetrating more and more into the roots of different continents all over the world and take the crypto market to the next level. This surely seems to be a possible future for bitcoin.