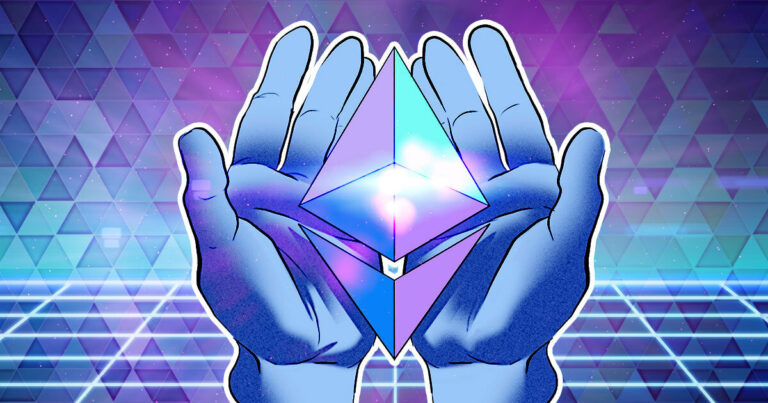 Vitalik Butterin says ‘The Merge’ of Ethereum is near us, can happen in August

Ethereum’s merger and story around it.

Ethereum is supposedly the second largest cryptocurrency in terms of market cap, second to only bitcoin. In its efforts to over take bitcoin, and to rule the crypto market, the makers of Ethereum have proposed for a strategy.

Vitalik Butterin, along with couple of core ETH developers, acknowledged that the merge of Ethereum could happen in August. Primarily, the merge is important from an investors point of view as it will give the investor a chance to trade in Ethereum with a higher value. From internal perspective, The Merge is crucial to face the ‘difficulty bomb’ which has been coded in the block chain.

At the Eth Shanghai Summit, Vitalik said that the Ethereum merge (POW to POS) is likely to happen in the summer in August, If there are some potential risks, September or October is also possible. Live：https://t.co/WSl2IpAyJW

Its quite evident that Vitalik Butterin wants to complete the merger as soon as possible to take Ethereum to the next level.

What is a Difficulty Bomb? Let’s find out.

The Difficulty Bomb was coded in the block chain by the coders with the merge in mind in 2016. Factually Ethereum works on proof of work, under which the crypto miners must complete complex puzzles to validate transactions. The process requires a huge amount of use computer power, causing a dent to the environment. To make it environment friendly, the merge will look at how the users are able to validate transactions according to how many coins they contribute. But the difficulty bomb won’t make it easy for users. As the name suggests, once the bomb enters the blockchain, it increases the difficulty level of puzzles making the process of mining next to impossible. This situation might lead to what Ethereum developers call as the “Ice Age.”

Why was difficulty bomb coded and what are the disadvantages of it?

Difficulty bomb was coded with a simple reason to incentivize the miners, pushing the concept of adoption of the proof stake chain further. The risk involving with the bomb is that, if it happens or arrives before the merger, the Ethereum network will slow down rapidly. If the bombs activate and the developers need time to test the merger, then the onus is on the coders to diffuse the bomb as soon as possible to avoid a catastrophic result for Ethereum.

While there is a lot of promise for Ethereum to rule the crypto market thanks to the merge, the difficulty bomb code set up by them can also back fire and result in catastrophic results. As the difficulty of mining increases, it only depends on the miners, if they are able to crack the puzzle or not. Amidst the difficulty bomb, the merge has to happen for the growth of Ethereum to the next level as mentioned earlier.