Madison Cawthorn has been accused of a possible insider trading conspiracy

Madison Cawthorn has been accused of a possible insider trading conspiracy, according to various watchdog groups, according to the Washington Examiner. “LGB legends… Tomorrow we’re going to the moon!” Cawthorn, who has openly said that he possesses the coin, commented on the photo posted on Koutoulas’ Instagram page. 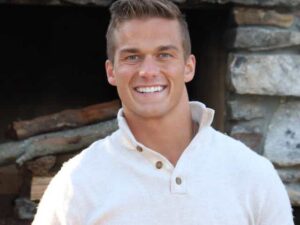 On December 29, the troubled North Carolina congressman was photographed at a party with James Koutoulas, a hedge fund manager and the brains behind the Let’s Go Brandon cryptocurrency, a meme coin established in response to a phrase criticizing President Joe Biden.

On December 30, NASCAR driver Brandon Brown revealed that the meme coin would be the principal sponsor of his 2022 season, increasing LGBCoin’s value by 75%. Brown’s testimony included assertions made by Koutoulas, who had lately been photographed with Cawthorn.

Cawthorn’s December 29 Instagram post, according to several monitoring groups, implies the lawmaker may have had advanced nonpublic knowledge of LGBCoin’s arrangement with Brown. The report, together with Cawthorn’s claim that he had LGBCoin, prompted the watchdogs to launch an investigation to see whether the politician broke federal insider trading laws.

“This appears to be very, very terrible,” said Dylan Hedtler-Gaudette, government affairs manager for the Project on Government Oversight, a federal watchdog group. “This appears to be a typical case of you receiving insider information and acting on it. And that’s against the law.”

“I believe there’s a good case here,” Hedtler-Gaudette continued. “I don’t want to prejudge, but based on everything that’s out there, I think there’s a very good chance that if someone investigates this, they’ll discover something.”

According to Craig Holman, if Cawthorn purchased LGBCoin before December 30 with nonpublic knowledge of the cryptocurrency’s prospective contract with Brown, that would constitute insider trading, a federal offense punishable by prison time.

The total value of all LGBCoin in circulation topped $570 million immediately after Brown’s proclamation on December 30. By the end of January, the meme coin’s market capitalization had dropped to $0.

In a Livestream on February 20, Koutoulas indicated that two factors contributed to LGBCoin’s precipitous decline: NASCAR rejected LGBCoin’s sponsorship deal with Brown on January 4, and later that month, unknown insiders who held a major percentage of the coin dumped all of their shares at once, causing the token’s market value to plunge.

The quick rise and fall of the meme cryptocurrency caused one dissatisfied investor to file a class-action lawsuit in April, accusing Koutoulas and other LGBCoin insiders of running a pump-and-dump scheme with the digital currency.

In February, LetsGoBrandon.com co-founder Koutoulas resurrected the joke coin LGBCoin. Cawthorn is still promoting the coin and encouraging his fans to buy it.