Indian automobile giant, Mahindra and Mahindra Limited, on Monday shattered expectations as the share value of the company surged on all Indian exchanges.

The major reason for the surge in share prices was a report released by the automobile manufacturing company regarding its overall sales in the month of July. The overall sales of the company, across the various segments of automobiles, jumped by nearly 31 per cent. The all-new Scorpio N model of Mahindra and Mahindra received more than 1 lakh orders within 30 minutes of opening the booking window. 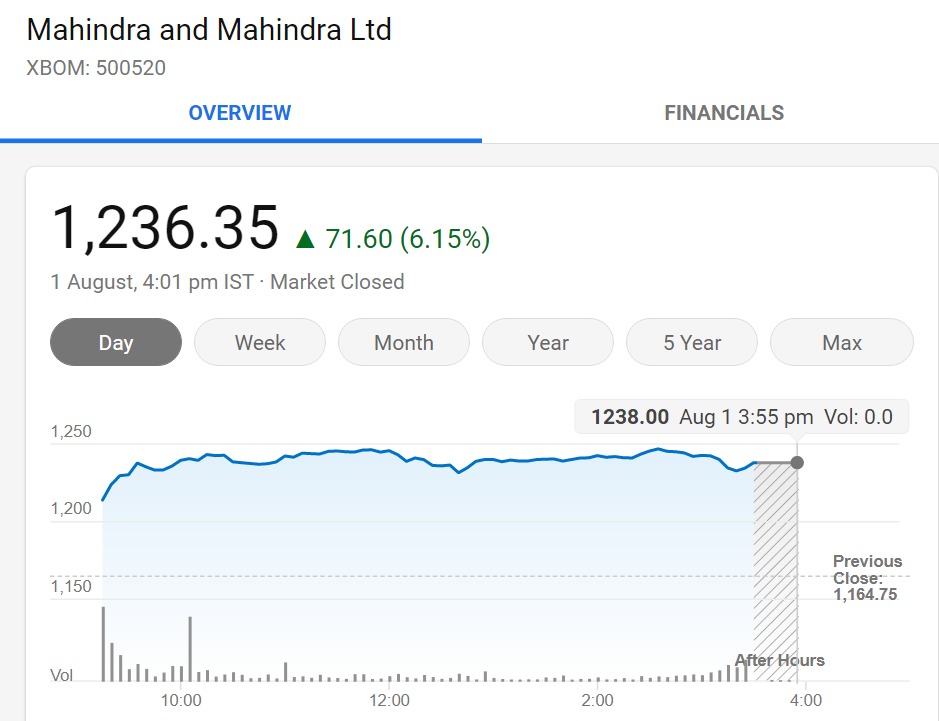 Increase in sales of vehicles

The new Scorpio N, which is also called as ‘Big Daddy of SUVs’ is getting recognised for its design, thrilling performance and advanced technology.

Exports of vehicles and such similar units from the automobile company were near to 2800 figure in the month of July.

President of the Automotive Division of M&M Ltd, Veejay Nakra said in a statement that the strong performance put forward by the company in July was due to growing demand for nearly all brands of the company including XUV700, Thar, Bolero and XUV300.

Nakra added in the statement that the vehicles in the commercial segment saw an increase in sales and exports surged by nearly 32% compared to past statistics.

He also said that the company was closely monitoring the situation and changes in the highly volatile supply chain sector which have a huge impact on both exports and domestic sales.