The digital on demand food delivery giant Zomato is changing its organizational branding to “Eternal” and adopting a multi CEO model for its operations. The company will have numerous CEOs overseeing each of the firm’s management, Zomato CEO and MD Deepinder Goyal informed staff on the company’s Slack channel. After investors approved the takeover of Blinkit last week, a company in grocery delivery that was once known as Grofers, Goyal sent his letter to his employees. 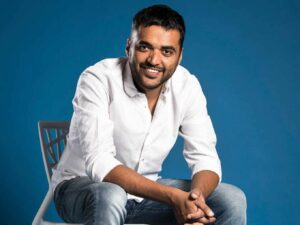 He also wrote in the message,”Now that the  Zomato Blinkit deal is approved, we have three companies- Zomato, Blinkit and Hyperpure – in the order of business size/impact. In addition to these three, we also have Feeding India. We are now at a stage of life where we are maturing from running (more or less) a single business to running multiple large companies.” 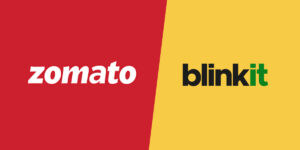 Furthermore, he went on to talk about the new structure the company will function in. He said, “We are transitioning from a company where I was the CEO to a place where we will have multiple CEOs running each of our businesses , all acting as peers to each other, and working as a super team with each other towards building a single large and seamless organization.”

Zomato in November 2021 had revealed its plan to reserve a war chest of $1 billion to engage in several companies over the following 2 years. He has previously stated that a sizable portion of it would probably go to the quick-commerce sector. Zomato has made regular investments in new businesses since then. Aside from the $570 million purchase of Blinkit, Zomato has invested at minimum $200 million in 6 smaller companies during the past year, which includes $75 million in Shiprocket and $50 million in each of Magicpin and Curefit. Since the foodtech major’s stock market debut in July of the previous year, it has additionally spent $5 million in the food robots business Mukunda in addition to $15 million in the marketing company Adonmo and $5 million in the eatery software startup UrbanPiper.

According to Goyal, the corporation is in the process of evolving from managing a single, mostly independent business to managing a number of sizable businesses. Eternal will have several enterprises, he noted. In comparison to the same time the year before, Zomato recorded a net loss of 359.7 crore rupees for the quarter that concluded in March. Despite an increase in other income from 58.4 crore to 138.2 crore, the net loss increased. However, Zomato’s income grew by 75% in Q4FY22, going from 692.4 to 1,211.8 crore. On August 1st, the corporation will release its final first quarter (April-June) figures.