Mahindra and Mahindra announced their aim to shift toward greener mobility with XUV and BE. They are the sub-brands introduced as a part of the Born Electric Vision of the automaker. The five new electric SUVs introduced into the market are BE.05, BE.07, BE.09, XUV.e8, and XUV.e9. 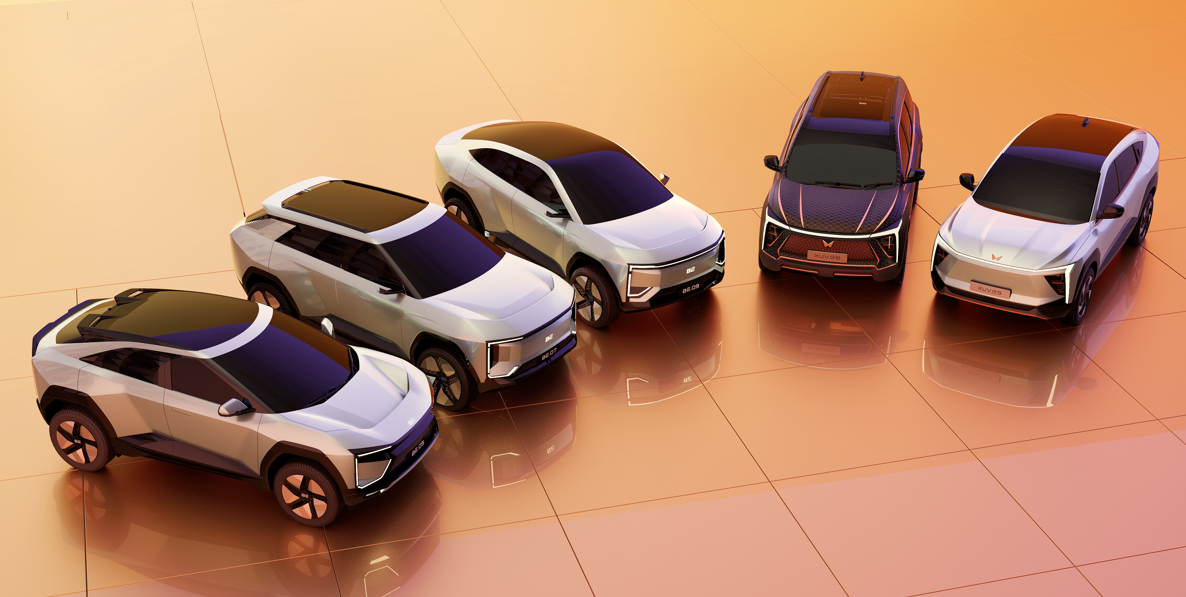 So far, officially those are the five models that the company reveals. The first model to be launched in India is XUV.e8 by December 2024. It will be using the new platform, the modular INGLO platform which is derived from Volkswagen Group’s MEB architecture. Each vehicle will have unique features and will be launched in different segments. The XUV.e8 will have an all-wheel drive system, with the capacity to generate between 335bhp and 389 bhp. This electric SUV is believed to be based on the combustion-powered XUV700.

Furthermore, the XUV.e9 is a blend of SUV and Coupé body styles and hence appears sportier than the XUV.e8. Its India launch will take place four months after the market launch of the XUV.e8, that is, April 2025. The XUV.e9 is well under 4,800mm in length and has a wheelbase of 4,775mm, but it is longer than the XUV.e8. Notably, it is the longest among the five new electric models.

With the BE sub-brand, Mahindra will bring three distinctive SUVs to the market, starting with the BE.05 in October 2025. The BE vehicles distinguish themselves from the XUV twins with their unique styling. The BE cars radically reinterpret the design philosophy of Mahindra. More to the point, the BE.05 appears to be a sporty and tech-laden offering as the brand has emphasized its aerodynamics and the technology it brings along.

While the BE.05 is a coupé-style SUV, the BE.07 concept is a proper SUV featuring bold proportions. And the carmaker has scheduled the launch of this SUV for October 2026. What’s more? Mahindra has bestowed it with three 12-inch ultra-wide screens incorporated into in single unit. Then, the BE.07 also comes with a large glass roof and camera-based outside rear-view mirrors.

Unlike the said four vehicles, Mahindra did not reveal any information about the BE.09. Mahindra calls the BE.09 “a head-turning SUV grand tourer with a chiseled design”. Further, it claims that the coupé-like SUV will provide “a first-class experience” for four passengers.
With a plan to invest over USD 1 billion in electric vehicle ambition, Mahindra in July raised INR 1,925 crores at a valuation of up to INR 70,070 crores from British international investment, the UK’s development Finance Institution, into its electric four-wheeler business.