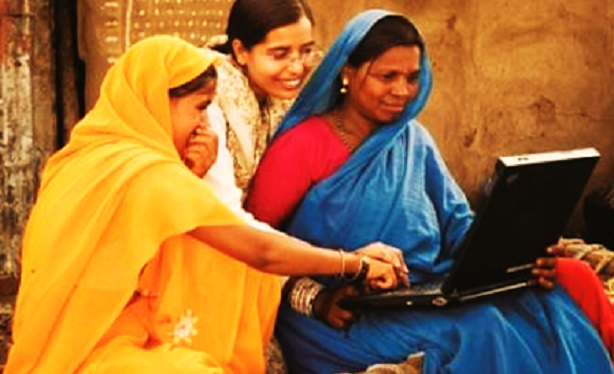 The truth is that women have been held back for ages. With the mobile revolution owning a device with access to the world beyond their village community is seen as a threat to the overarching patriarchal rule.

However, we find, with greater access women all over rural India have started to reap the benefits of the technology revolution, as a range of services and initiatives are enabling women to increase their connectivity and learn how to utilize the internet. Armed with technology and the internet, women are able to develop their own ideas and act on them.

We Are the Largest Online Market

India has the second largest online market, with over 140 million internet users. With that being said, there is still, a gaping chasm between male and female users of mobile devices as only 33% of women use mobile phones in comparison to 67% of men.

Due to this, India’s rank has fallen 21 places in Global Gender Equality Report published by the World Economic Forum, now ranking 108th out of 144 nations. This gap causes a multifaceted problem when it comes to development. On one hand, the lack of female users to male users on the web creates a highly-gendered online environment that is far less hospitable to women.

The more men online the more content for them and lesser content is catered to the needs and interests of women, which works to further deter women who have access to mobile phones to productively use the internet.

Another issue lies in the fact that large telecom and internet companies and technology businesses put far more impetuous on the ‘next billion’ coming online than the ‘bottom billion’, which most often comprises women and disenfranchised communities. This is because the next billion is simply more profitable.

The flip side to the issue is that, where there aren’t large-scale companies coming in to revolutionize the way in which women can access technology, we find that a chunk of the transformation pertaining to connect women to technology systems is being innovated by smaller size start-ups. These young enterprises are passionate, informed and make a remarkable difference to the communities they target.

What is important to note, is that while women gain access to technology through mobile devices and are able to consume information online it is not simply enough. Passive consumption of information is not sufficient for meaningful growth or even identity development.

It is essential that women learn how to not just consume information online, but to also produce their own knowledge. That means contributing to the online content and producing their own knowledge, this would lead them to take up space, digitally and have more meaningful interactions with technology – thus creating the potential for upward economic mobility.

Google’s Internet Saathi program also has been beneficial in training and educating women throughout villages in India on the benefits of internet use in their day-to-day activities. They have created women ambassadors called Saathi, translating to a ‘friend’ that provides basic knowledge of how smartphones work and the ways in which women can benefit from the internet.

The initiative has been extremely beneficial and has been successful in helping more than 2 million women in 10 states in India. The women are provided with a kit consisting of smartphones, tablets, and a power bank so they can share what they learn with the women in their communities. The Saathis teach women basic research skills such as how to search for new recipes and answer agriculture-related questions and learn about current market prices for goods.

The initiative has been extremely beneficial and has been successful in helping more than 2 million women in 10 states in India.

We had the opportunity to interact with Google Saathi, Anamika Vajpayee who serves as a Saathi in Kalaam region near Lucknow, she tells us about her journey and the reluctance she was met with, “when I first went to rural areas, no one had any knowledge about the internet, and they were reluctant to learn as their close-mindedness stemmed from the idea that the internet is an evil and the use of mobile phones will corrupt girls and ruin their lives.” 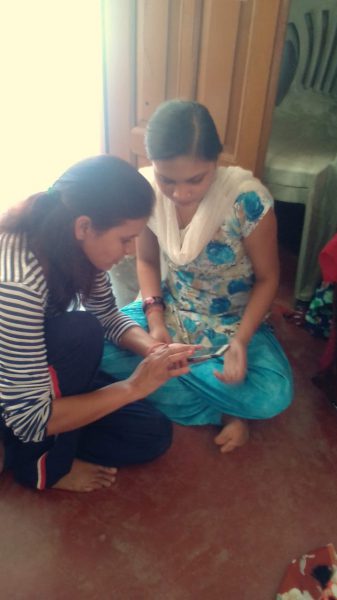 Anamika adds, “I stayed determined at began targeting communities that had a few members with basic education, they were receptive and I was able to teach them the benefits of learning sewing, farming and selling homemade products online or acquiring skills such as henna (mehndi) design that can earn women money. Now, in the four villages, I serve a total of 70% of the women know how to use the internet, and 25% of these women earn a living and run their homes with it! They are able to look anything up and even educate themselves through coaching lessons online.”

We find that even though there is a great deal of resistance from the patriarchal systems in rural India, women determined to find their way to technology and the internet, and have tremendous potential to leverage it to enhance their socioeconomic position, This will not only give them much-needed autonomy but will also serve to contribute to India’s economy raising its GDP as it will bring far more women into the workforce and as small business owners.

Rural women comprise a huge market portion that service providers can no longer avoid, it is a potential that must be tapped into, meaningfully interacting with technology can transform their lives.

About SheThe People: SheThePeople is India’s biggest platform for women.