Mamaearth which is a skin care start-up company has been making waves in the industry and has become a staple and house hold name over the past few months. Now, according to sources close to the company, the skincare retailers will be trying to rake in $ 300 million USD in an initial public offering sometime in 2023 and they will be aiming to get the company valued at $ 3 billion USD.

Mamaearth is an Indian based start-up company that produces and sells natural and toxin free beauty products including a whole range of skin care and hair care products. They also sell baby care products and body care products. The company was founded just under 6 years ago back in 2016 and its head office is situated in Gurugram, Haryana. 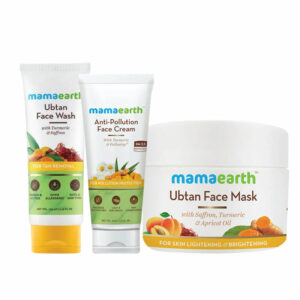 Their marketing has been able to help the company differentiate themselves from other companies in their industry due to their natural and organic products. The company also has over a million followers on their Instagram page.

The company attained the status of a unicorn at the start of this year when they raised funds $ 52 million USD in a round that was primarily led by Sequoia Capital. The company was valued at $ 1.2 billion USD at that round.

A source close to the issue has said that the company will be planning to issue their papers to start the process of their initial public offerings some time at the end of the year. A few sources have said that IPO is set to bring in $ 300 million USD, and according to another source, it is set to rake in $ 350 million USD.

The start-up is also having constant communication with many finance companies such as JP Morgan Chase India and Kotak Mahindra Capital. They are also in talks with JM Financial India according to a source.

None of the companies have given out a comment to the potential links yet.

Investments and funding have currently been on a slump in India over the past few months. During a stellar 2021, a record $ 35 billion USD was injected into start-up companies in India. 2022 has not even been able to mimic a shadow of that unfortunately. But it seems like the company expects funding to pick by next year as that is when they plan to go public.

It is estimated that the beauty and healthcare sector of the country is set to be valued at around $25.7 billion USD in the next 3 years.