A trader has been left heartbroken after losing $US6 million ($A8 million) by selling Dogecoin a day early. The anonymous trader has revealed how he made over $US2 million ($A2.7 million) on Shiba Inu and Dogecoin but admits he could have made much more if he hadn’t cashed out so quickly. 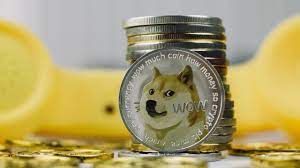 EIP-1559 was implemented to Ethereum last month to slow the rate at which the ETH supply rises. The supply of ETH, on the other hand, has not increased in the last 24 hours. It’s getting smaller and smaller.

The investor, on the other hand, expressed satisfaction with the life-changing profits he made, which enabled him to purchase a home.

The merchant added that throughout the “winter months,” when the price of Shiba Inu was flat, he kept his cool. He stated that after selling up over the last month, he made $US1.1 million ($A1.5 million) profit, on top of $US1 million ($A1.3 million) profit from dogecoin earlier this year.

The merchant claims he sold the last of his total of 42 billion Shiba Inu roughly seven days ago for $US1.5 million ($A2 million) on a Reddit site.
Since then, the investment’s value has risen steadily, and selling it today would net roughly $US3 million ($A4 million).

“Waiting for more would be greedy,” he said. “I’ve been hoping to purchase a house and practically received one for free.”

“I made a million with Doge earlier this year and had I waited one more day, it would have been 7 million,” the trader continued.”I was disappointed, but now that I think about it, I’m happy that I have the money than that I don’t have more.”

Shiba Inu is one of the most popular cryptocurrencies, with a price that has risen dramatically since its launch in 2020. Shiba Inu coin describes itself as a “decentralized spontaneous community-building experiment.”

Crypto, unlike other types of investments, is not regulated, therefore you are not protected if something goes wrong. Another key risk for anyone considering crypto is that you can’t be sure you’ll be able to convert your assets back to cash if you need to. Buying and selling fees and charges might be substantially more than with other assets.

After the Squid Game cryptocurrency, they had purchased turned out to be a hoax, traders lost their life savings. Gizmodo, a technology website, has earlier warned that the currency was most likely a hoax, but not before scammers made an estimated $US2.1 million ($A2.8 million).

The volatility of Shiba Inu investing has been demonstrated in two recent stories. Last August, one trader reportedly spent £5,800 ($A10,600) on cryptocurrency, which is now worth £4 billion. (A7.3 billion dollars)

According to their crypto wallet, the mystery crypto billionaire purchased a massive 70 trillion coins shortly after the currency was founded 14 months ago.

According to Etherscan, the unknown investor began trading on August 1, 2020, when they purchased about 70 billion Shiba coins in one day.

However, another Reddit member claims that he persuaded his aunt to invest $US200,000 ($A269,000) in Shiba Inu cryptocurrency, only for her to lose tens of thousands of dollars in less than a day.

Also read: Ethereum has been burned more than it has been mined