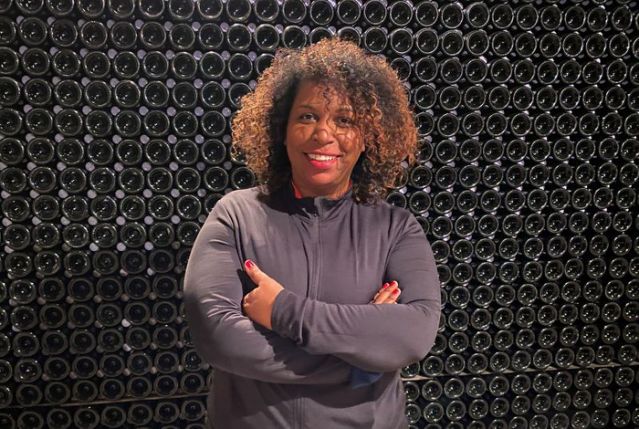 At the point when Marie-Ines Romelle, a Black lady brought into the world on the Caribbean island of Guadeloupe, chosen to join the elite universe of France’s champagne makers, she saw nobody who resembled her.

Rather than being scared, she applied the aphorism by which she attempts to carry on with her life.

She said you need to dare. At the point when we dare, we figure out how to push open entryways.

Romelle, 42, is currently running her champagne name, in the organization with a nearby grape plantation, and says it is has discovered a market among clients of Caribbean source who need a brand that mirrors their associations with the area.

The brand is called Marie Cesaire, a portmanteau of the names of her mom and father. In a gesture to the Caribbean, the name on the jug conveys a picture of a hummingbird and the beverage is improved with crude unadulterated sweetener.

To the most amazing aspect of her insight, she is the lone Black maker of champagne, a carefully managed assignment that is held only for individuals making the shimmering wine in the Champagne district of upper east France.

At the point when Romelle was 3 years of age, she and her family moved from Guadeloupe to a Paris suburb. Her father kicked the bucket when she was 9. She left school at 16 to help her family. She built up energy for champagne when she filled in as a business collaborator in an air terminal deli close to Paris.

A long time later in 2015, after positions overseeing stores, functioning as a bank resource supervisor, and reading for a business degree, she moved to the champagne locale and dispatched her image.

She said she wanted to pioneer a path for others from ethnic minority gatherings.

She said that we need to quit building boundaries and revealing to ourselves that ‘I can’t do either’.

She added that she trusts that tomorrow, somebody will relate to her, and that she will affect them, that they will try to do things they didn’t set out to previously.