Mark Cuban finds himself in lawsuit for promoting Voyager Digital

Mark Cuban in a lawsuit for promoting Voyager’s crypto services

Mark Cuban, one of the most famous entrepreneurs and billionaires, has been officially filed with a lawsuit for wrongfully promoting crypto products of Voyager Digital.

The allegation is that, the customers were lured into the scheme of things by Mark Cuban. As the investor, promoted the product, many investors dived into the company and then were left stranded nowhere.

Moskowitz Law Firm went on to file a case against Mark Cuban at the United States District Court. The allegations were that Mark Cuban had promoted the Voyager Digital’s unregulated products. Cuban was accused of repeatedly misrepresenting the company, including making questionable claims that it offered “commission-free” trading services and was less expensive than rivals.

In addition, Cuban was reported for hyping Voyager’s products and push retail investors to invest it in despite knowing it. 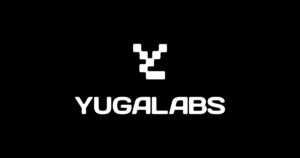 After the market crash occurred, a hedge fund company Three Arrows collapsed. The hedge fund company had taken credit from many big companies and Voyager Digital was one among them. When Three AC collapsed, it resulted in the collapse of Voyager. Voyager first went on to suspend its activities and then went on to file for bankruptcy.

Recently, Voyager was cleared to return the fund of the customers in its bankruptcy hearing. A day later, the loan company said that beginning on August 11, customers having U.S. dollars in their accounts could withdraw up to $100k and the money would reflect in a week’s time.

If you find this article interesting and informative then please share it with your friends and family. Do you think the allegations on Mark Cuban are accurate? Share your thoughts in the comments below.