Mark Cuban ‘Got hit’ by the Titan Token Price Crash 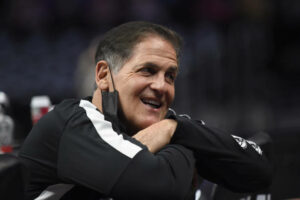 Despite the volatility of cryptocurrency, most investors are getting attracted to it as the crypto industry is under the spotlight due to the frequent developments in the industry. Many countries are supporting the currency whole-heatedly whereas there is an equal number of adversaries too.

Amid all the chaos, Stable coins, which are said to be a way more secured and less volatile cryptocurrency as they are backed by an underlying asset, are drawing the attention of the investors towards themselves. The stable coin’s market experiences the soar in the air like a skyrocket in recent years, and Tether, the largest stable coin shot up to $62 billion of stabilization.

Considering the increasing usage and promising stability of stable coins, the billionaire crypto investor, Mark Cuban who is known for his crypto holdings tried his luck with Stable coins but it wasn’t a good experience for him. Cuban invested his money in a stable coin that collapsed and now the billionaire is really upset about it.

The reason behind collapsing of many stable coin projects is the continuous efforts by DeFi to link the tokens to Fiat Currencies which appears to be risky. Cuban recently said that he lost enough amount in DeFi and he isn’t happy about it, hence asking DeFi to regulate the cryptocurrency as the price of his recent investment crashed to zero.

“There should be regulation to define what a stable coin is and what collateralization is acceptable,” said Cuban.

While the crypto investors are complaining and asking DeFi to work on crypto regulations, the crypto officials are saying that all the token are not equal and they don’t work equally. There are risks involved in many projects and the investors need to be educated before investing in any crypto and especially the new projects. In fact, the experts say that Investors should not invest in a project if they are not ready for it.

Also, in the interview with Bloomberg, Cuban also mentioned that because of “being lazy” he didn’t do enough research before investing in the currency which resulted in this failure and he blamed himself for this, but on the other hand, he also raised questions on the stable coin regulations by DeFi. This call to regulate the cryptocurrency by the owner of Dallas Maverick is a statement that needs attention.